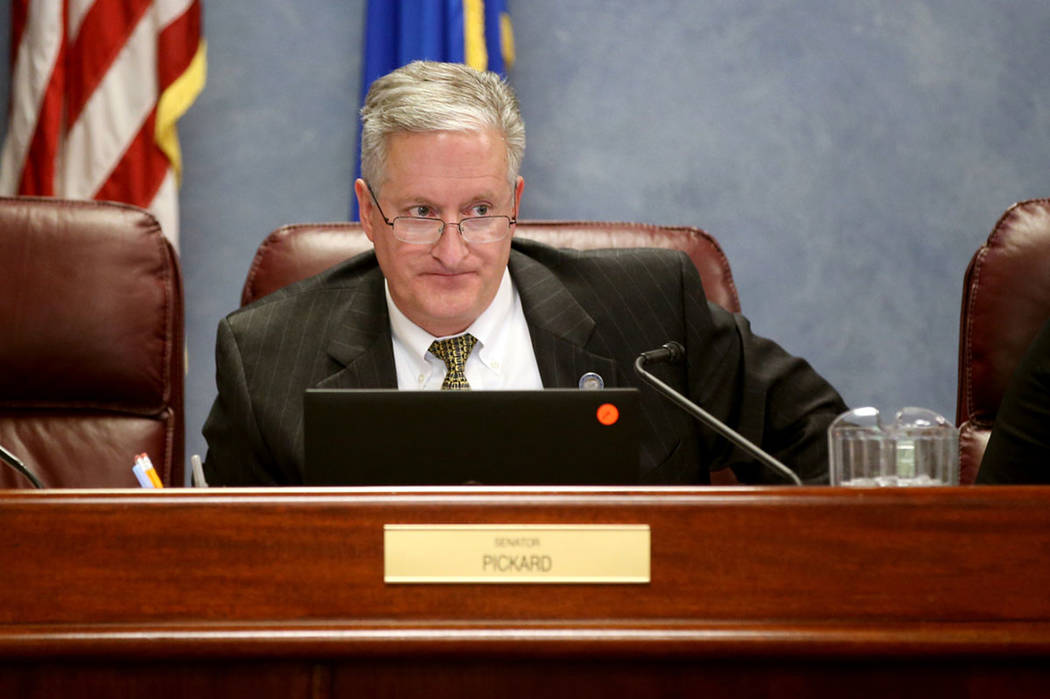 “I think it’s going to be so easy to circumvent the intent of this,” Sen. Keith Pickard, R-Henderson, said before voting to approve Senate Bill 557.

Senate Majority Leader Nicole Cannizzaro, D-Las Vegas, introduced the bill late Saturday. The measure would require any organization that donates more than $10,000 to a candidate during a campaign cycle to disclose the contributions in an annual report to the Nevada secretary of state’s office, detailing each contribution of more than $100.

Pickard said it takes “about 15 minutes” to create entities on the secretary of state’s office, “so it would be very easy to give $9,999 contributions, and they would go completely unreported.”

A more stringent version of a campaign finance bill was introduced last month by Senate Minority Leader James Settelmeyer, R-Minden. It would have required any individual or organization that donates $1,000 or more to candidates or political action committees to report such donations to the secretary of state’s office. But the measure died without a hearing.

Pickard said he wished the threshold for the new measure was closer to $1,000.

“I think that this is a little bit fast to do something so important,” Pickard said. “I’d like to take some time and explore it, even if it’s later today or behind the bar to see if we can obtain agreement on a lower threshold so that this becomes meaningful.”

“We don’t have a lot of time to work on this, and I think we absolutely need to do something to increase transparency and accountability around campaign finance,” Gansert said.

The measure introduced Friday also would make it illegal for a candidate to pay him or herself a salary from a campaign account. It comes in the wake of former Senate Majority Leader Kelvin Atkinson, D-North Las Vegas, resigning in February and pleading guilty to federal charges related to the misuse of approximately $250,000 in campaign money.