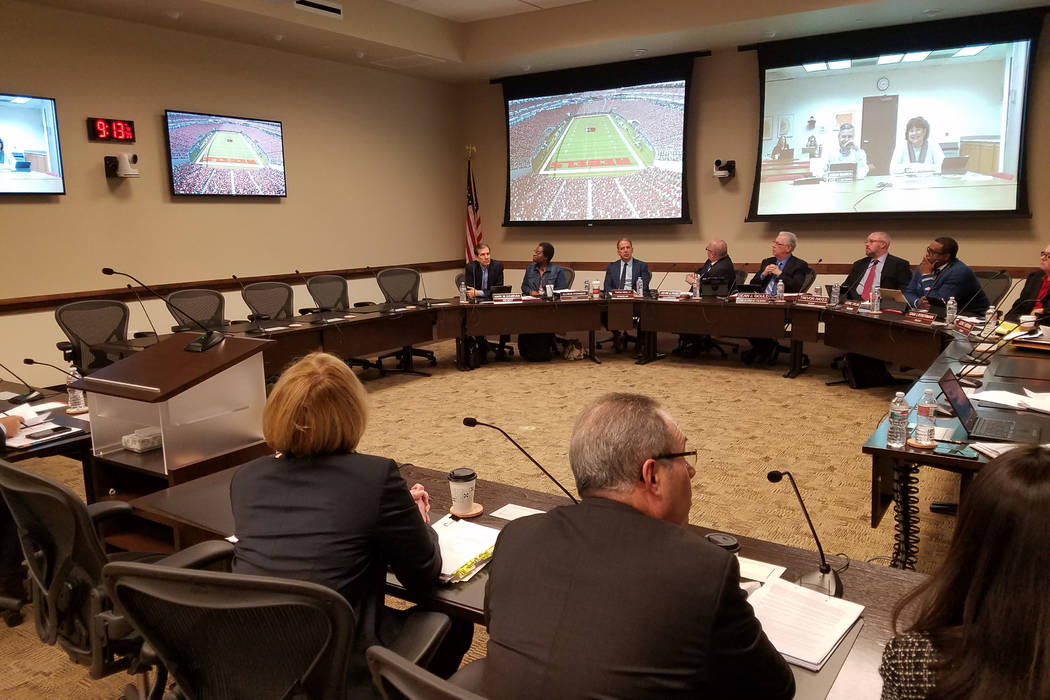 CARSON CITY — A proposed constitutional amendment that would give the Legislature more control over governance of higher education in Nevada began its second required trip through the legislative process Thursday, potentially on its way to a question before voters in 2020.

The measure would remove the Nevada System of Higher Education’s 13-member elected Board of Regents as a governing entity enshrined in the state constitution.

The change would make the board’s structure, statutory powers and function subject to legislative oversight similar to other state governing boards and agencies, such as those that oversee K-12 education and transportation.

Constitutional amendments must be passed by two succeeding sessions of the Legislature before going to voters for final approval. The measure was readily approved by the Legislature in 2017 and will go to the voters in 2020 in lawmakers again sign off on it this session.

Lawmakers see the move as a way to make the higher education system more accountable. Sen. Joyce Woodhouse, D-Henderson, a sponsor, told the Assembly Committee on Legislative Operations and Elections that the change does not affect “any higher education policy or procedure,” but “allows the Legislature to exercise unimpeded oversight of the Nevada System of Higher Education and allows more flexibility in considering reform proposals.”

Members of the Board of Regents, which opposed the move in 2017, testified as neutral on the measure Thursday because the board has not formally taken a position. But in their comments, both the board’s chair and vice-chair were clear in signalling their opposition.

Vice Chairman Jason Geddes said the board’s biggest concern is that the Legislature “could change the way the board was elected vs. appointed, or a hybrid board.”

The committee did not vote on the measure.