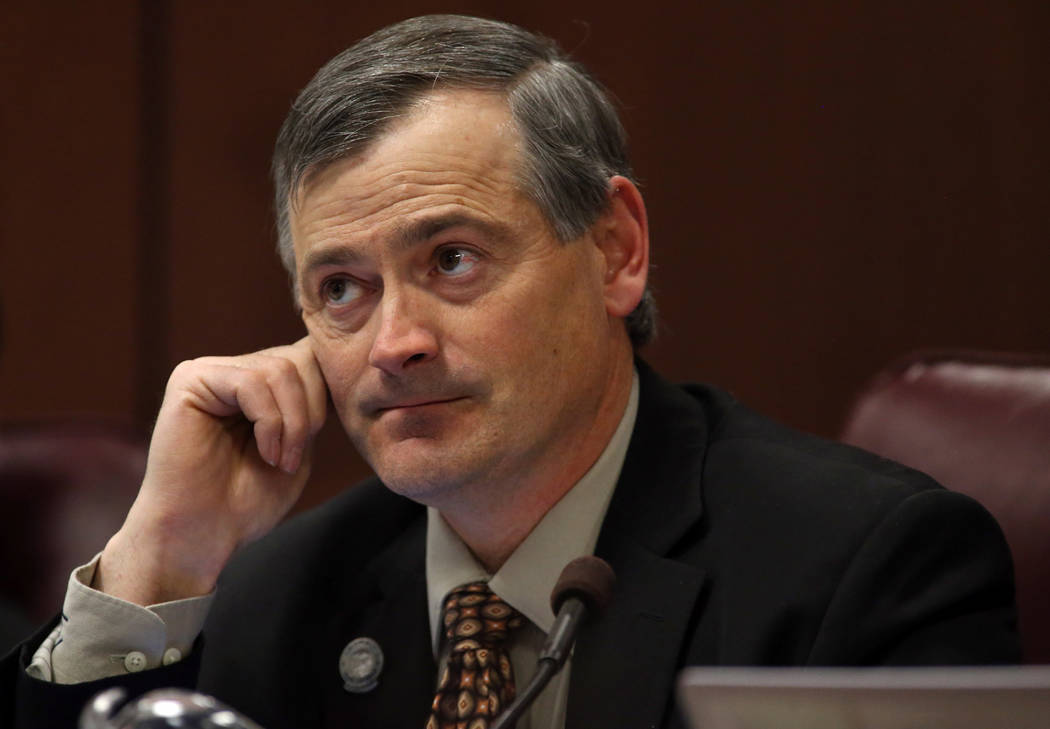 CARSON CITY — A series of Republican-sponsored bills seek to tighten rules on elected officials running for another office and for minor-party office seekers who switch parties to run.

A third item would make the registrar of voters in the state’s two largest counties, Washoe and Clark, an elected rather than appointed post. All three measures were heard Monday by the Senate Committee on Legislative Operations and Elections, which did not vote on them.

A “resign-to-run” measure would require elected officeholders to resign their current office if they announce candidacy for a different elected office more than a year before their current term ends. They would be resigned automatically if they don’t resign on their own. Resulting vacancies would be filled under current procedures for vacant seats.

Five states and a handful of cities have such laws on their books. Proponents say they prevent office-shopping by candidates who can hold onto their existing seat while running for another, while opponents say the move would unnecessarily create too many vacancies and more special elections.

Sponsors of the bill to elect registrars of voters in the state’s most populous counties said it would make elections officials there more accountable to voters instead of to the county commissions that appoint them.

Republicans have chafed at what they see as partisan decision-making on election matters in those counties. Most recently, Republicans complained when Washoe and Clark election officials kept polling places open last Election Day long past normal closing time because of long lines of people waiting to vote.

Larger turnout in those counties is thought to favor Democrats.

Voting rights advocates who opposed the bill, as well as representatives of the two counties, told the committee the current system of appointed registrars works fine and ensures a level of professionalism in the post that might not happen if the positions were filled via elections.

Settelmeyer said the move would create parity for major and minor parties alike. But several members of the Independent American Party spoke in opposition, saying the move would limit their ability to recruit and field candidates.

IAP Chairman Joel Hansen called it “one more attempt by the major parties to keep us off the ballot.”