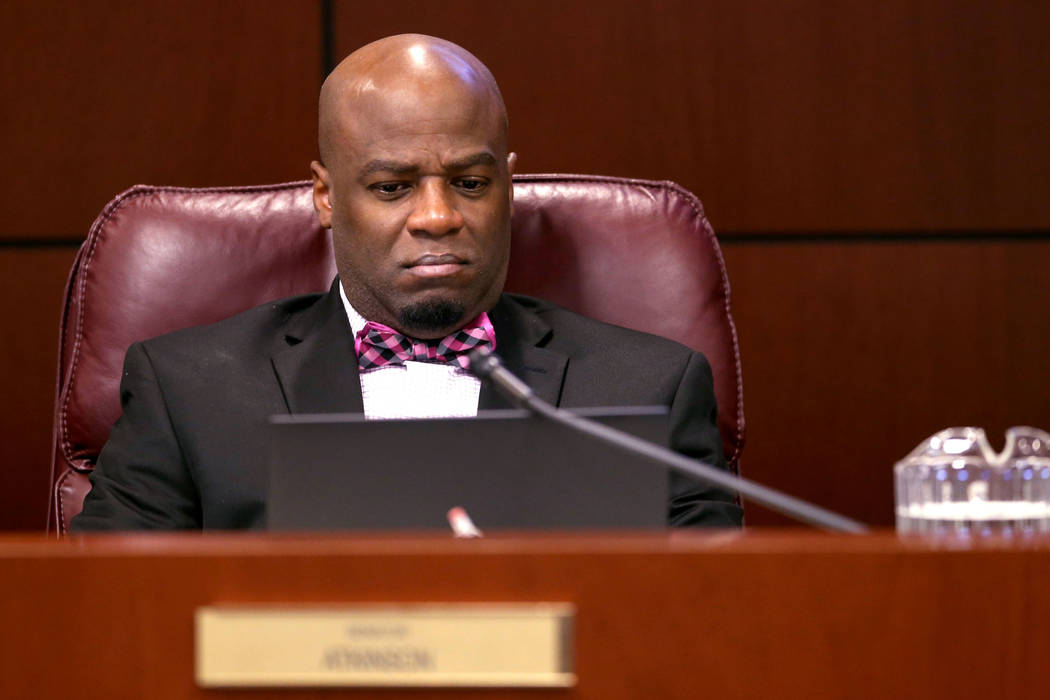 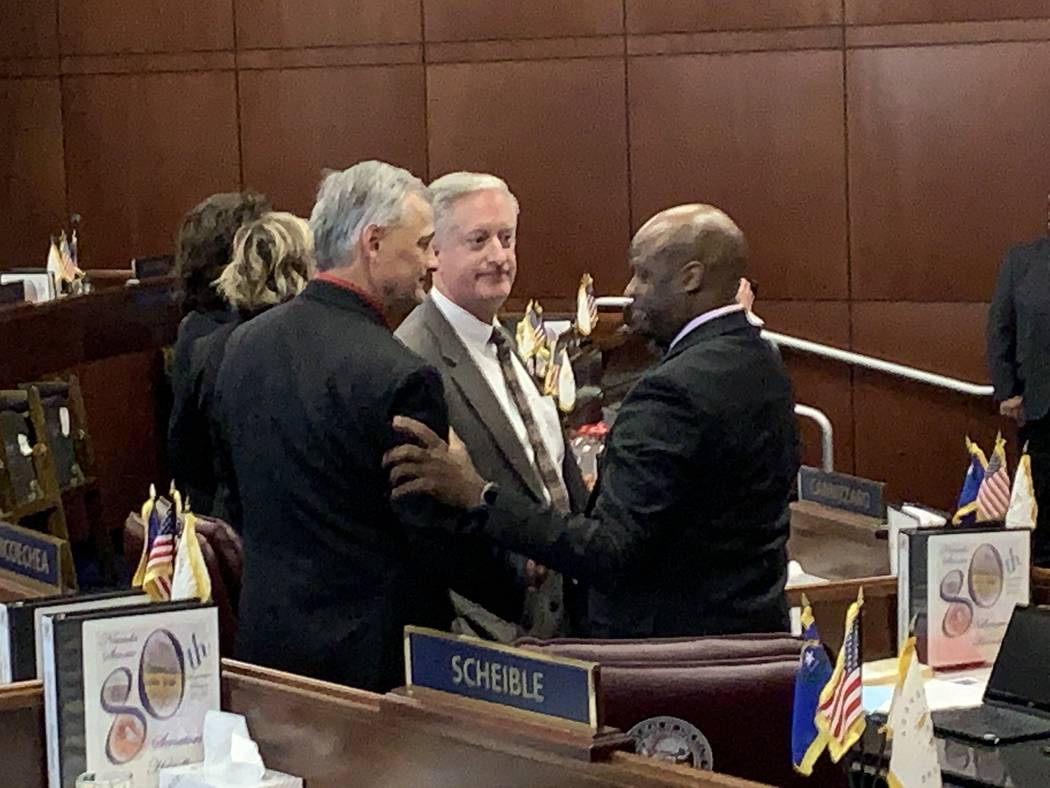 Hours after the resignation, Sen. Nicole Cannizzaro, D-Las Vegas, was unanimously elected by Senate Democrats as the new leader of the majority. Cannizzaro becomes the first woman to serve as Senate majority leader in the state’s history.

In his resignation speech on the floor of the state Senate, Atkinson said he intends to plead guilty to charges after it was discovered that he used the campaign money for personal use.

“As I rise in this body for what will be the final time, it is with great sadness I am announcing my resignation from the state Senate and this legislative body. Due to mistakes I have made I will be vacating my seat immediately,” Atkinson said.

After greeting and embracing other senators following his speech, Atkinson left the floor and entered a side door to his office without taking questions.

Details of the investigation, including how much money was misappropriated and what exactly Atkinson used the money for, remain unclear.

While Atkinson said he plans to plead guilty to misusing the campaign money, no documents in the case had been made public as of Tuesday night.

The U.S. attorney’s office in Nevada said it would not confirm or deny details of the case.

Atkinson was first elected to the Nevada Legislature as an assemblyman in 2002. He served five terms there before winning election to the Senate in 2012 and was re-elected to the district that represents the Historic Westside in Las Vegas and parts of North Las Vegas.

Atkinson became the first black LGBTQ state Senate majority leader in the country when he took over as the leader of the Senate Democrats this year.

Just after noon on Tuesday, Gov. Steve Sisolak’s office announced that it had received Atkinson’s letter of resignation.

The Clark County Commission will appoint Atkinson’s replacement, who must be a Democrat as state law requires vacancies be filled by a member of the same party. The next commission meeting is scheduled in two weeks, and a special meeting could be scheduled before then.

Leaders within the Democratic party expressed their disappointment in Atkinson following news of the resignation.

By doing so, he betrayed the trust of the public, and therefore should be held accountable. (2/3)

As governor, I look forward to working with legislative leadership, including Acting Leader Nicole Cannizzaro, to ensure our state government operates with the high standards of transparency and integrity that Nevadans deserve. #nvleg (3/3)

“I am extremely disappointed in the news that Kelvin Atkinson misappropriated campaign funds for his personal use,” Sisolak said in a statement. “This admitted violation of the law goes against the integrity every elected officer in the state of Nevada should uphold. By doing so, he betrayed the trust of the public, and therefore should be held accountable.”

‘We cannot be distracted’

In another statement, Assembly Speaker Jason Frierson said, “I am unfamiliar with the details of his particular circumstances. While I’m disappointed by his actions, he appears to be taking full responsibility, as he should. Our job is to focus on passing meaningful legislation that helps all Nevadans. We cannot be distracted from doing the work that voters elected us to do.”

“Criminal behavior has no place in our legislature. I applaud the work of our law enforcement and look forward to hearing the final details of this investigation,” Wheeler said.

Atkinson is the latest Nevada lawmaker to use campaign money for personal use.

Last year, former Las Vegas City Councilman Ricki Barlow was sentenced to one month in prison after pleading guilty to a felony wire fraud charge for misusing campaign funds in 2015.

According to Barlow’s plea agreement, he admitted to stealing nearly $50,000 from his 2015 re-election campaign through kickbacks from campaign vendors, and accepting another $17,000 in contributions that he never reported. He agreed to pay back $66,000 in restitution as part of the plea.

In 2011, former longtime Nevada lawmaker Morse Arberry, a Democrat from Las Vegas who served from 1984 to 2010, pleaded guilty to failing to report $121,000 in campaign contributions and diverting the money into a personal checking account.

In 2010, then-Assemblywoman Kathy McClain, also a Democrat from Las Vegas, settled a complaint with the Nevada secretary of state’s office and agreed to donate $7,276 to charity, which was the same amount of campaign funds she was found to have used to pay her health and public employee retirement benefits.