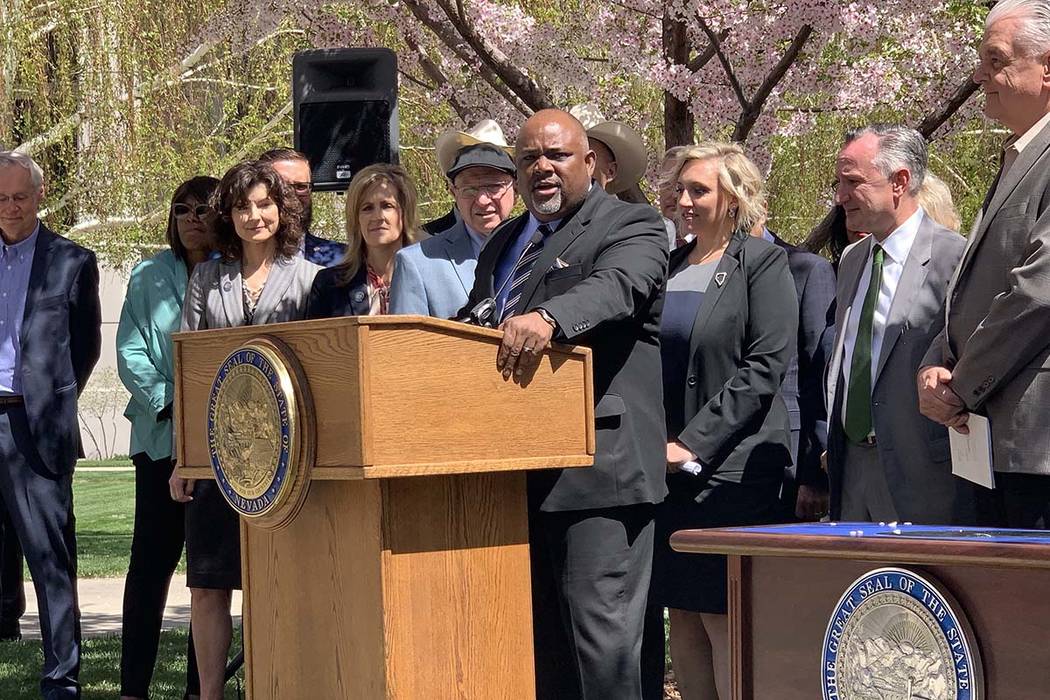 CARSON CITY — A bill to cap funding for a popular private-school scholarship program — passed by the Assembly last month on a party-line vote — got its second legislative hearing Thursday, again drawing parents of current or would-be recipients to oppose the proposed limit.

The Opportunity Scholarship program, approved by a Republican-controlled Legislature in 2015, allows businesses to receive dollar-for-dollar credit on payroll taxes for donations they make to qualified scholarship organizations that provide private-school tuition aid to low-income students. The program started with $5 million and was set up to increase by 10 percent annually. It got a one-time bump of $20 million in 2017.

Assembly Bill 458 seeks to cap funding at its current rate of nearly $6.66 million. An amendment to the bill would correct a drafting error with the 2017 bill that unintentionally doubled the amount of the program.

“I am unaware of any aspect of our current budget process where any pot (of funding) is awarded 10 percent growth indefinitely,” Assembly Speaker Jason Frierson, D-Las Vegas, told the Senate Revenue and Economic Development Committee in presenting the bill on Thursday. “My intention here is to protect an existing program and make sure that it is sustainable for the long term.”

The Assembly approved the bill April 16 on a 28-12 party-line vote, with Republicans in the minority. Public-school supporters label the scholarship program a “back-door voucher” for attending private schools.

“This is a program that needs to be reined in, not expanded,” said Michaela Tonking of Educate Nevada Now. “Our public education system needs all the support we can give.”

But the scholarship program’s supporters, testifiying against the proposed cap Thursday, cited its relatively low cost and its benefit to mostly minority, low-income students. To be eligible, families must earn less than three times the poverty rate, currently about $25,000 for a family of four. One scholarship provider testifying at the hearing said most of their recipient families earned a little less than twice the poverty level.

Scholarship amounts are tied to consumer price inflation. The most an applicant could receive this year was about $8,100, although the average grant from one provider was about $5,000. More than 2,300 students received scholarships this year, and about 90 schools have participated, mostly religious schools.

Parents, and some students, testified that getting financial assistance to attend private school helped students with learning disabilities or helped students to escape schools where they had been bullied.

“I spent years in special education classrooms being pulled out of class, and I still could never keep up with my grade level,” said 13-year-old Jaden Hairr, who testified with his brother Landon, and mother, Aimee, who said she was parenting 10 foster children. “I would still be stuggling in school if I didn’t get this opportunity scholarship.”