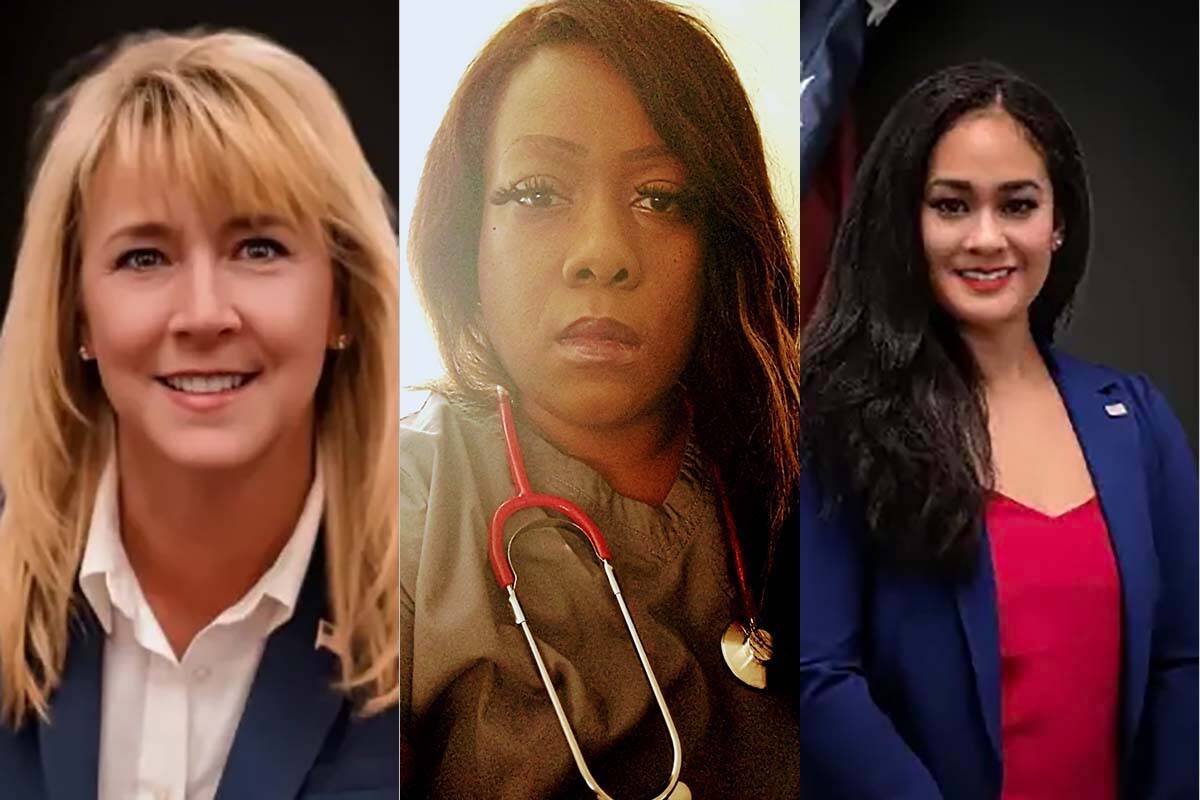 But first, one has to win the primary election June 14.

Butler, director of catastrophe operations for claims-processing firm Sedgwick, said she decided to run for office following the state government’s “overreach into our lives” during the pandemic.

As she sees it, this included the forced closure of businesses and schools and picking “winner and losers” when things could reopen.

“No governor should have unfettered emergency powers over people in the state,” said Butler, who also opposed mask mandates, including for school children.

Asked how she would work with the majority party if Republicans are in the minority, she replied, “Our goal right now is to take back the majority.”

If her party is in the majority, she said she “absolutely” would want to work with anyone who wants to do what’s best for Nevadans.

Churchwell, a licensed practical nurse, said she decided to run for office because the Nevada Legislature needs “fairness and balance,” adding it’s “too left-leaning.”

Churchwell previously was a Democrat and lost a bid for Assembly District 5 in 2016. She said that she switched parties during the 2020 election, stating that she has always been conservative but that the Democratic Party is veering “too far left.”

If she could only accomplish one thing during her term, she said she would improve education.

Churchwell said she wants to break up the Clark County School District into smaller districts and provide school-choice vouchers for students.

To garner support from other lawmakers for her ideas, she would present facts to them. “I think that when we’re dealing in facts, not feelings, that’s more persuasive,” she said.

Lim, a juvenile probation officer with Clark County, said she decided to run for office because of the pandemic, adding the state Legislature “failed us.”

“I think the whole entire thing was handled poorly,” said Lim, who opposed the state-mandated closures and the governor “deciding who’s essential and who’s not.”

If she could only accomplish one thing during her term, she said she would eliminate mandates.

“Everything should always be a choice,” she said.

Lim said she would remain accessible in office and work with lawmakers toward the “bigger picture.”