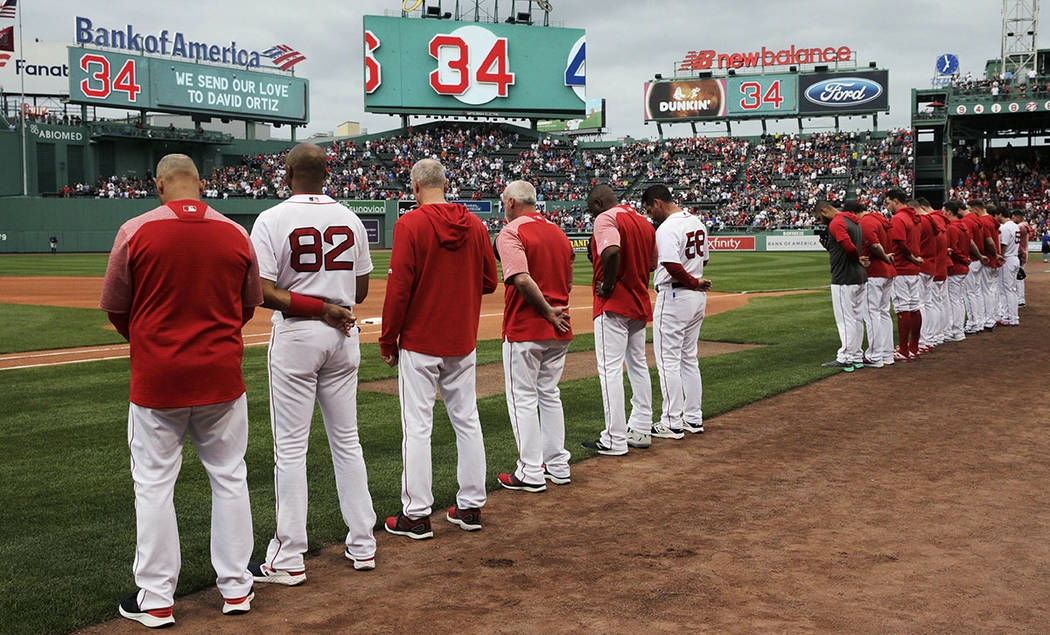 The Boston Red Sox and fans pause for a moment for former Red Sox designated hitter David Ortiz, who was shot Sunday evening in the Dominican Republic, prior to a baseball game against the Texas Rangers at Fenway Park in Boston, Monday, June 10, 2019. Ortiz is expected to return to the area to be treated at a Boston hospital. (AP Photo/Charles Krupa) 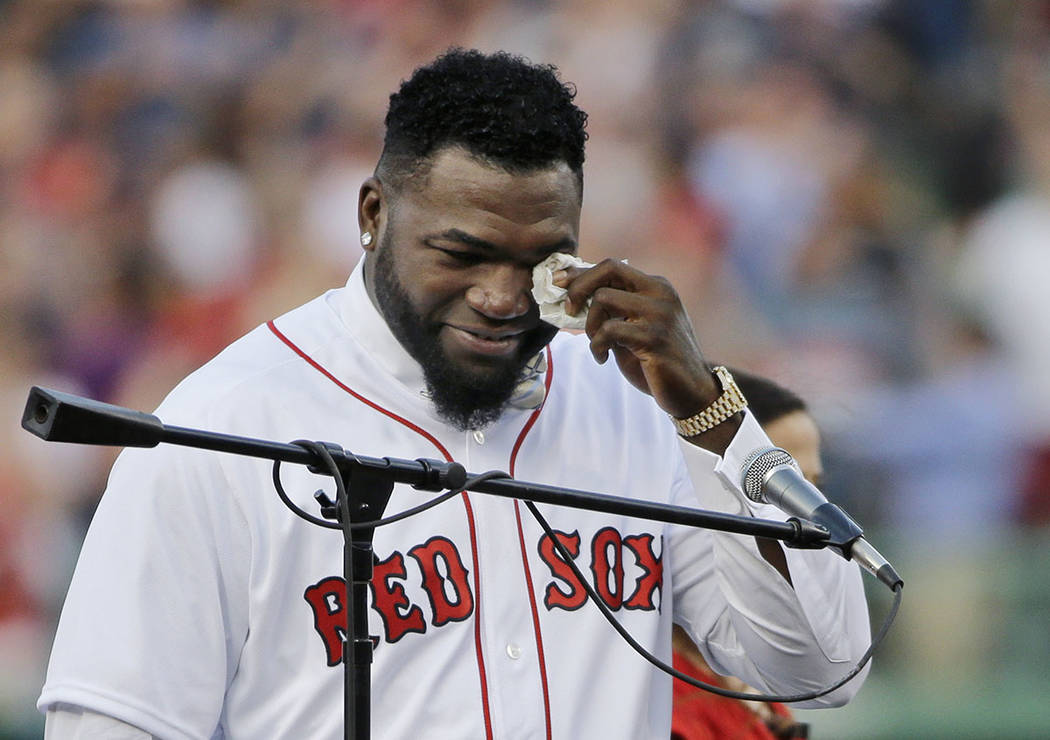 In this June 23, 2017, file photo, Boston Red Sox baseball great David Ortiz wipes a tear at Fenway Park in Boston as the team retires his number "34" worn when he led the franchise to three World Series titles. Ortiz was back in Boston for medical care after authorities said the former Red Sox slugger affectionately known as Big Papi was ambushed by a gunman at a bar in his native Dominican Republic. A plane carrying the 43-year-old retired athlete landed Monday night, June 10, 2019, after a flight from the Dominican Republic, the team said. (AP Photo/Elise Amendola)

SANTO DOMINGO, Dominican Republic — A spokeswoman for the national prosecutor’s office in the Dominican Republic says a second person has been arrested in the investigation into the shooting of former Red Sox star David Ortiz. There is no public indication the man is the suspected shooter.

Spokeswoman Julieta Tejeda reported the arrest to a group of journalists via WhatsApp on Tuesday night. She declined to provide further details.

Ortiz was shot Sunday and is now recovering from exploratory surgery in Boston, where he was flown Monday night.

Ortiz’s wife, Tiffany, said in a statement earlier Tuesday that the player is “stable, awake and resting comfortably” in the intensive care unit at Massachusetts General Hospital. He is expected to remain there several days.

Dominican doctors removed Ortiz’s gallbladder and part of his intestine.

The 43-year-old retired athlete was flown to Boston on Monday night for further treatment, arriving in an air ambulance provided by the Red Sox. D

The former Red Sox slugger had two-hour exploratory surgery after being shot at a bar in his native Dominican Republic.

Ortiz spokesman Leo López told The Associated Press on Tuesday that Ortiz is expected to stay in intensive care for at least 48 hours.

Ortiz was flown to Boston on Monday night in an air ambulance provided by the Red Sox after Dominican doctors removed his gallbladder and part of his intestine. López said the 43-year-old athlete’s liver was also damaged in Sunday night’s shooting.

Police have said the driver of the motorcycle carrying the gunman was captured and beaten by a crowd of people at the bar. The gunman has not been arrested, and police say they do not yet have a motive.