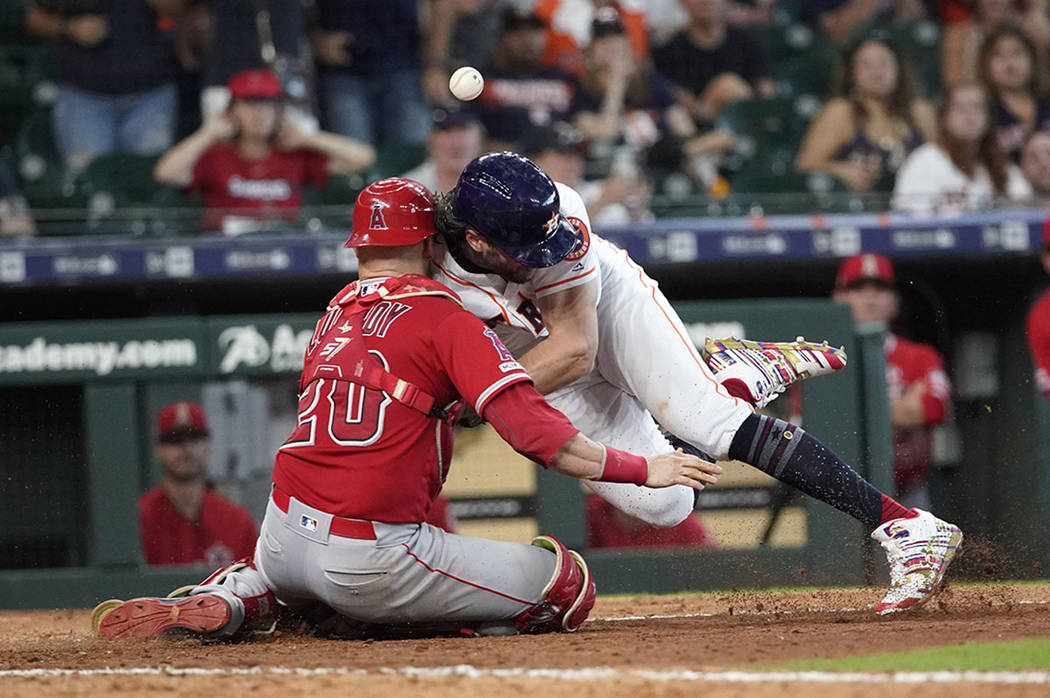 The Angels are awaiting test results for catcher Jonathan Lucroy, who was bowled over by Houston’s Jake Marisnick at home plate Sunday in Houston.

The team said Lucroy was sent to a hospital for a CT scan and being evaluated for a possible concussion and broken nose. Marisnick crashed into Lucroy as he attempted to score no George Springer’s fly ball and was called out for the aggressive collision. Los Angeles manager Brad Ausmus thinks the league should consider suspending the Astros outfielder.

“It certainly didn’t look like a clean play,” Ausmus said. “I don’t know what actually happened, but it looked like Marisnick took a step to the left and bowled into him with his arm up. The call was right. Really, I think Major League Baseball should probably take a look at it. Consider some type of suspension, quite frankly.”