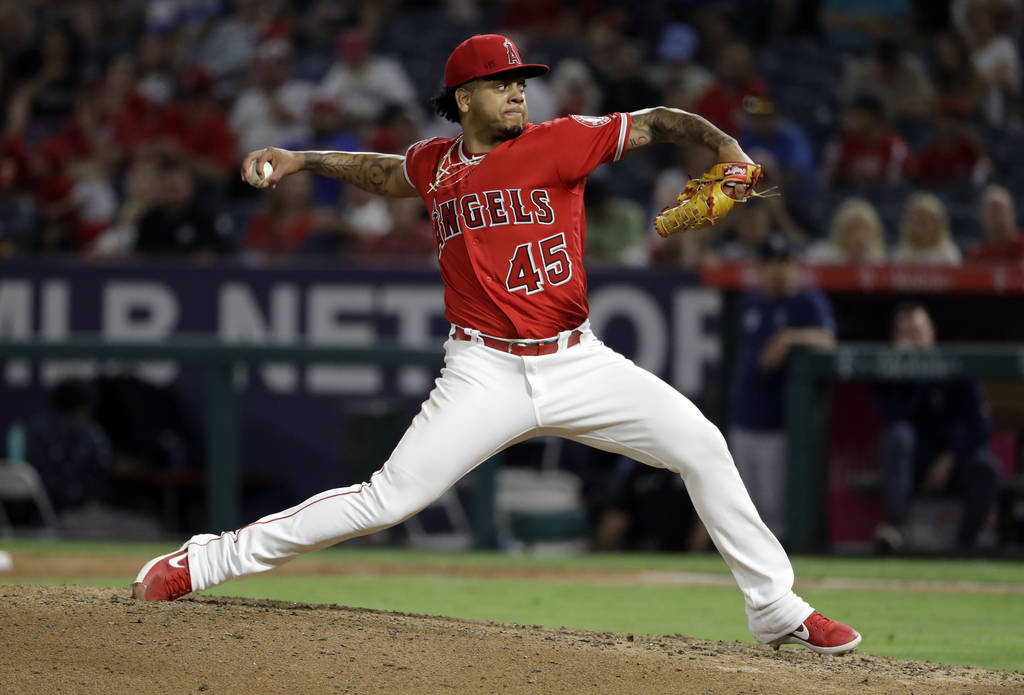 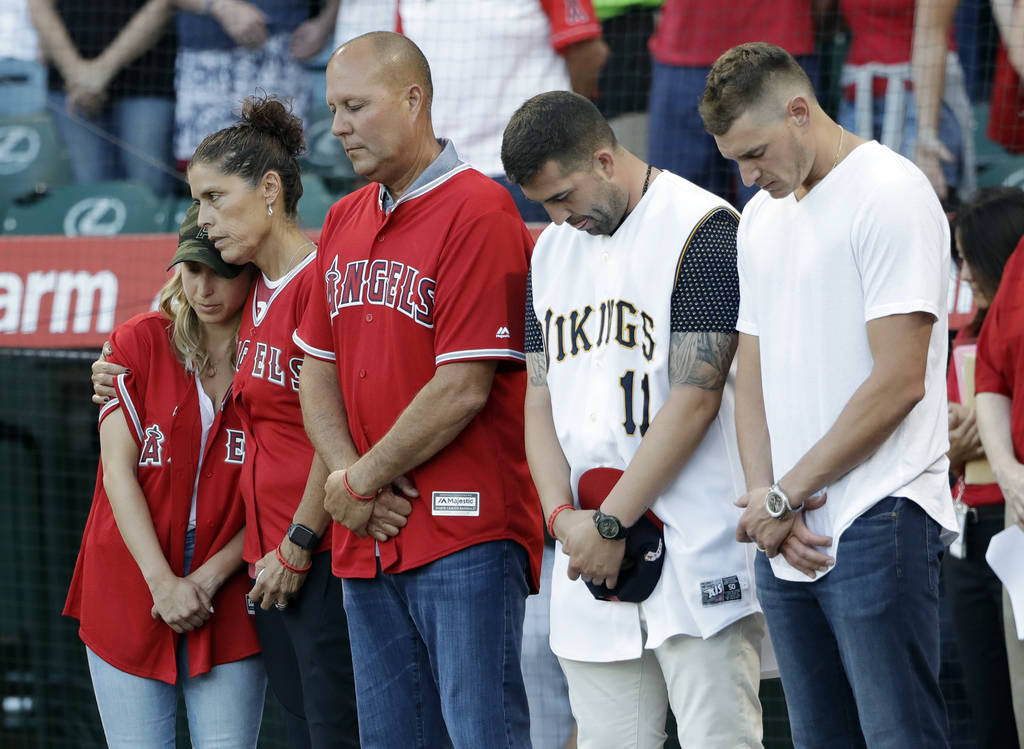 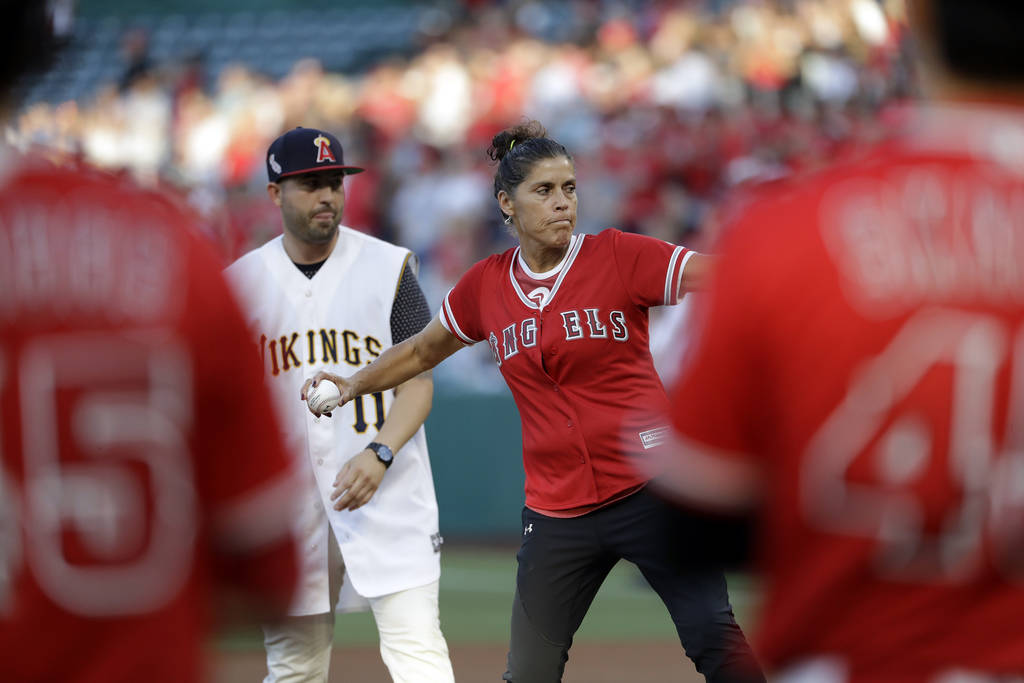 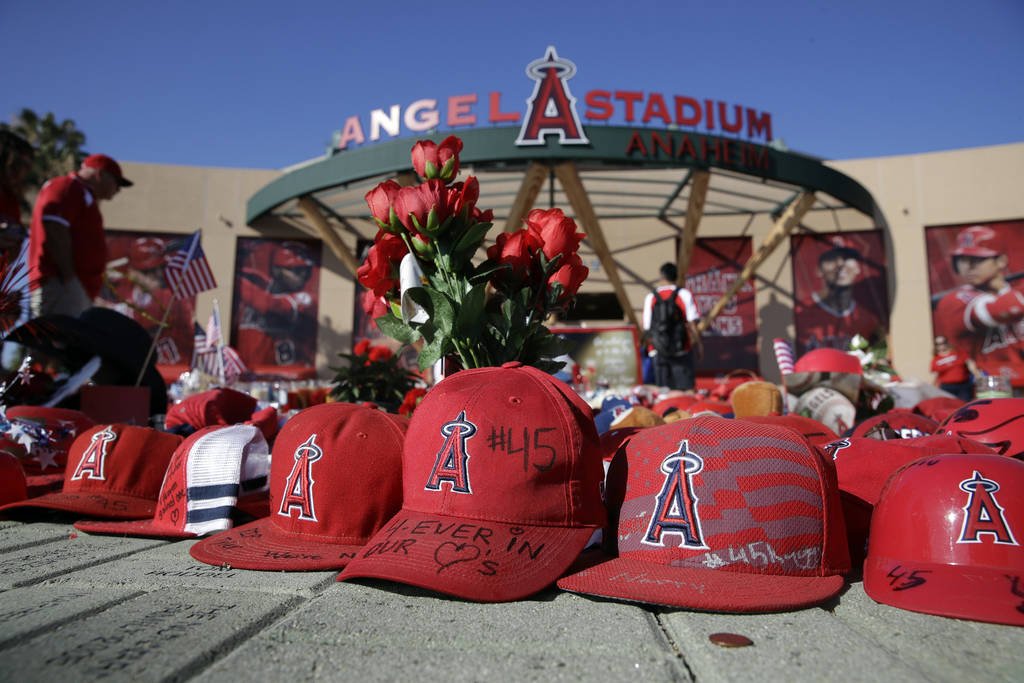 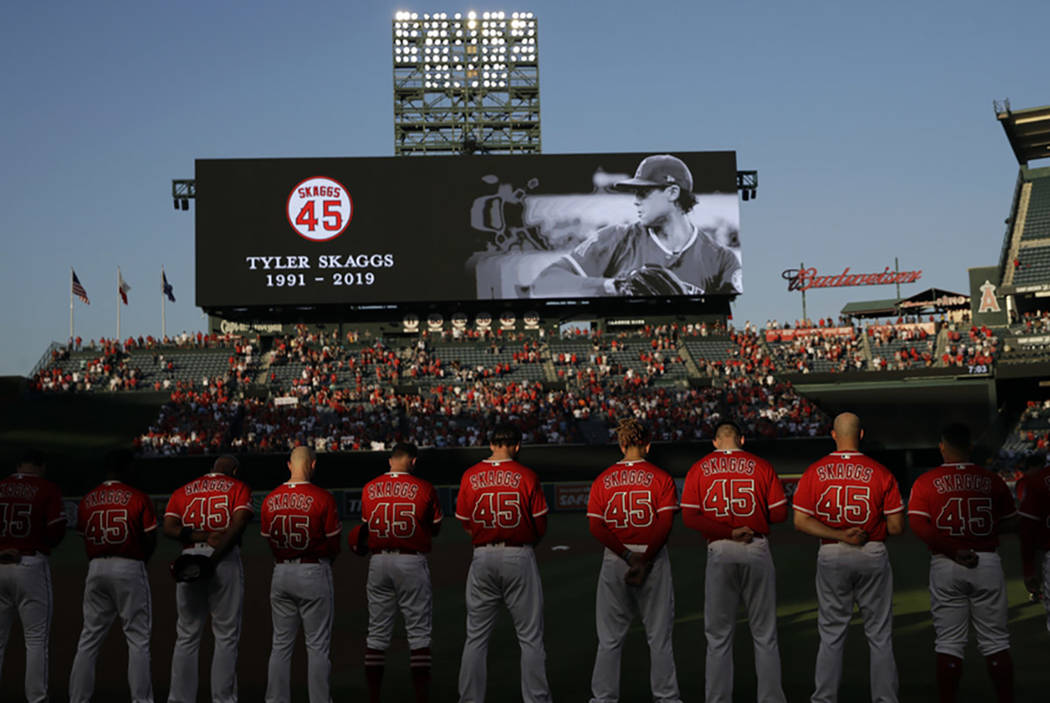 Members of the Los Angeles Angels observe a moment of silence for teammate Tyler Skaggs, before a baseball game against the Seattle Mariners on Friday, July 12, 2019, in Anaheim, Calif. (AP Photo/Marcio Jose Sanchez)

It is the second no-hitter in the majors this season. Oakland’s Mike Fiers no-hit Cincinnati on May 7.

Mallex Smith ended the game with a sharp grounder to second baseman Luis Rengifo, who threw to Justin Bour for the final out and the 11th no-hitter in Angels franchise history.

The right-handers combined for eight strikeouts and retired the first 13 batters. The only Seattle player to reach base was designated hitter Omar Narvaez, who walked with one out in the fifth inning.

Cole was the opener and went two innings, striking out two on 22 pitches, including 13 strikes. Pena worked six innings and struck out six with one walk. The right-hander has thrown 81 pitches, 52 strikes.

Pena got some help in the sixth inning when third baseman made a diving stop to glove Mac Williamson’s grounder and throw him out at first.

Skaggs was found unresponsive in his hotel room in Texas on July 1.

On Friday, the day before what would have been his 28th birthday, every Angels player wore Skaggs’ No. 45 jersey.

It is the first Angels no-hitter since Jared Weaver accomplished the feat against Minnesota on May 2, 2012.

The only other combined no-hitter by Los Angeles was by Mark Langston and Mike Whitt, which also happened against. Seattle on April 11, 1990.