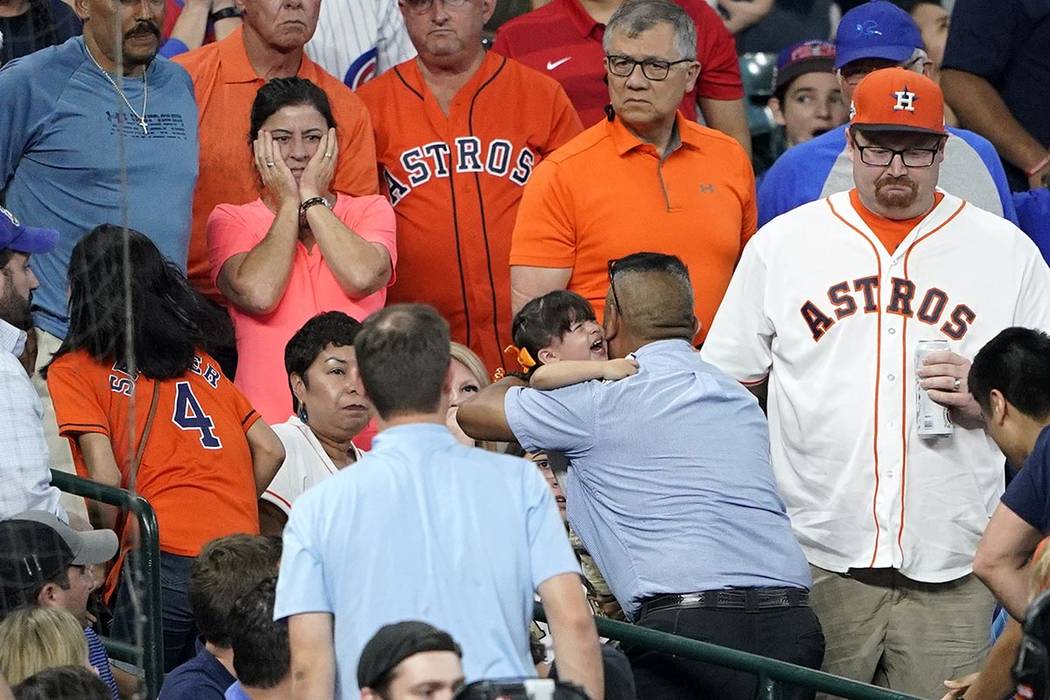 In this Wednesday, May 29, 2019, file photo, a young child is carried from the stands after being injured by a foul ball off the bat of Chicago Cubs' Albert Almora Jr. during the fourth inning of a baseball game against the Houston Astros, in Houston. (AP Photo/David J. Phillip)

HOUSTON — An attorney for the family of a 2-year-old girl struck by a foul ball during a game last month between the Chicago Cubs and Houston Astros says the girl suffered a skull fracture.

Attorney Richard Mithoff on Wednesday provided the first update by the girl’s family on her condition since she was hit during the May 29 game in Houston.

Mithoff says the girl had bleeding and swelling in her brain as well as a brain contusion after she was hit. He says she had a seizure after she was hospitalized and is taking medication to prevent more seizures.

While several teams have said they’ll extend protective netting after various incidents of fans getting hit by foul balls, the Astros say they will continue studying the issue .