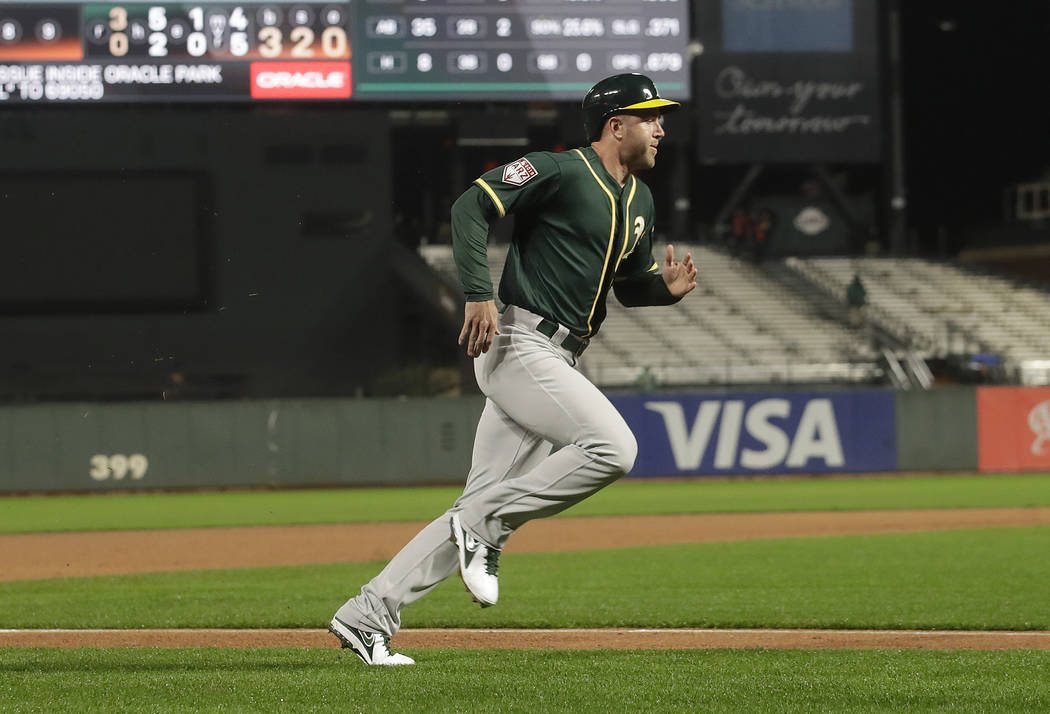 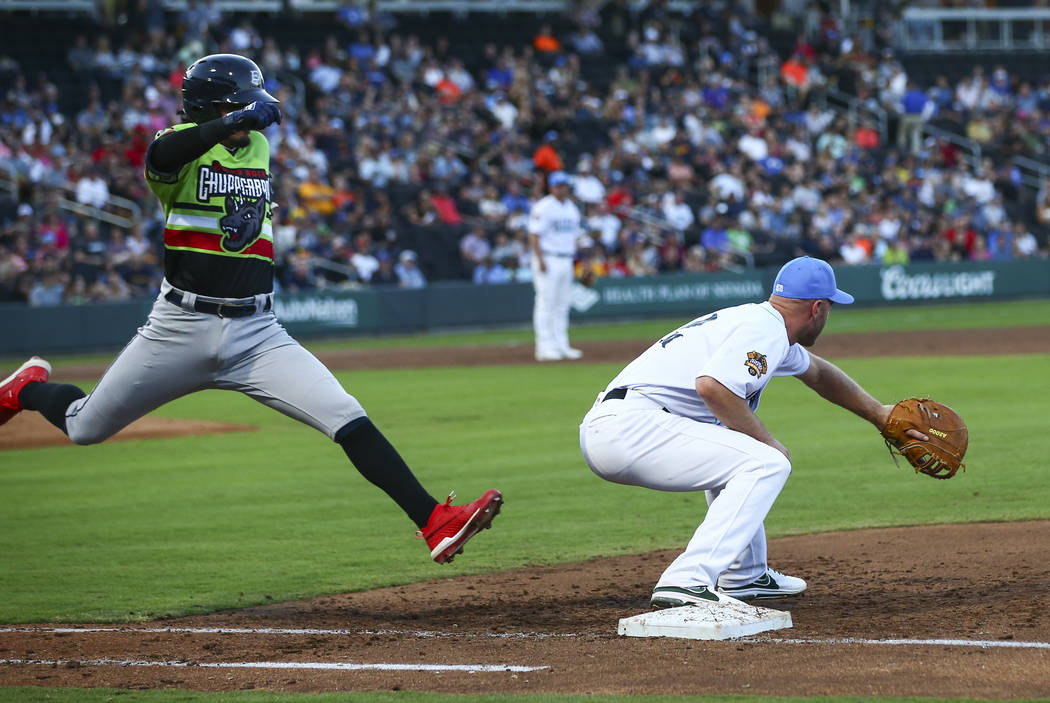 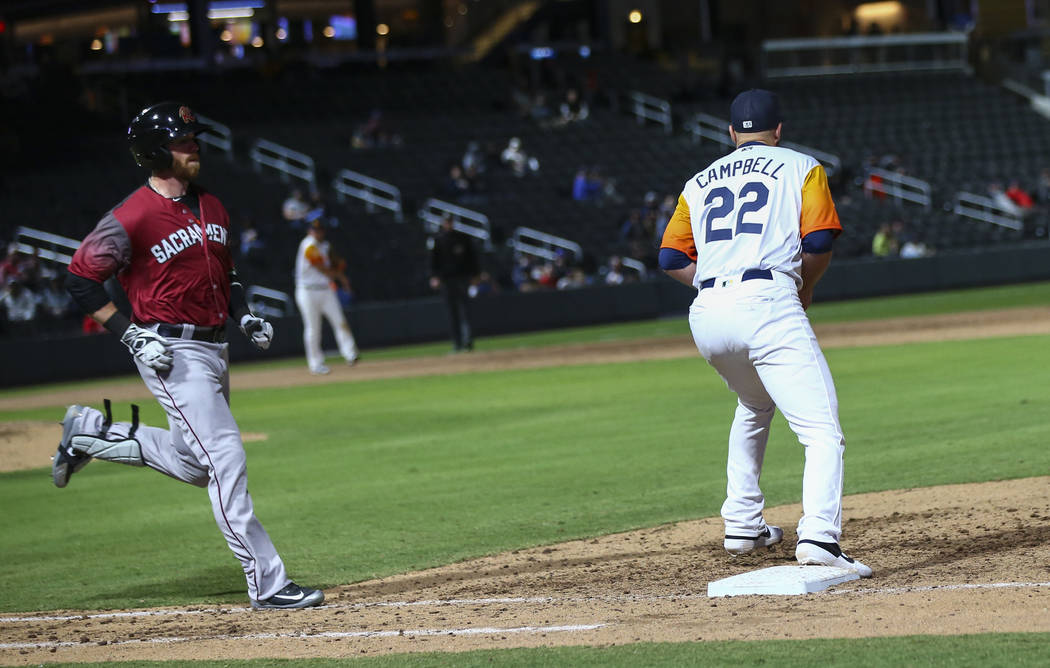 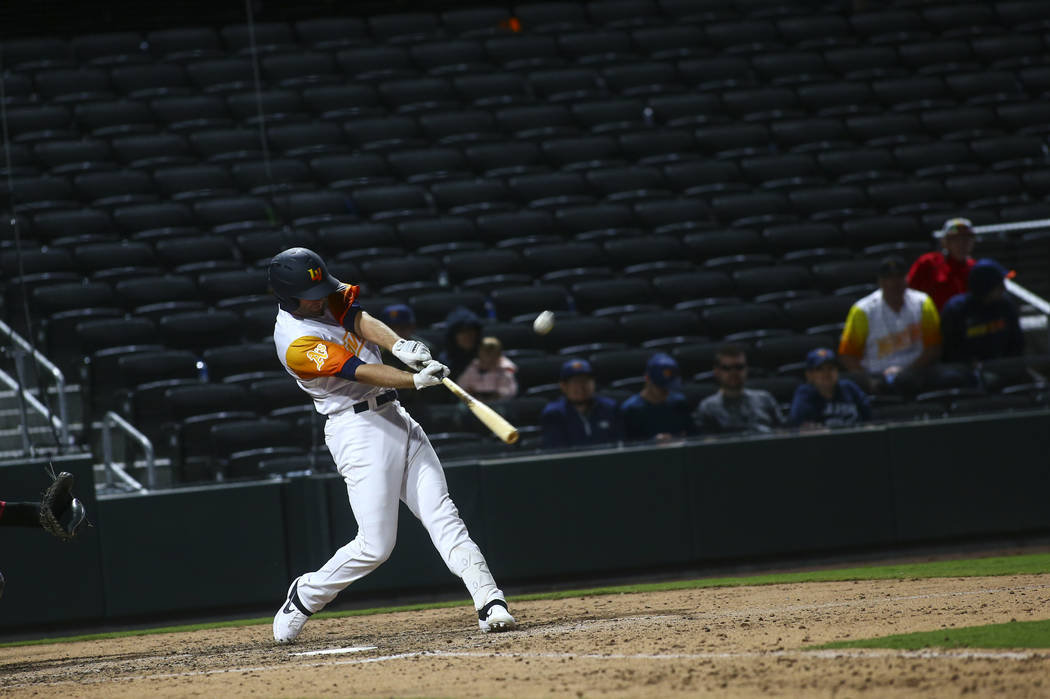 Most professional athletes don’t think about their post-playing days. They live in the here and now and what needs to be done to remain successful.

However, Aviators first baseman Eric Campbell is one athlete who is contemplating his future.

At age 32, Campbell is considered a baseball “lifer.” He’s played at nearly every level of pro ball, including 196 games in the major leagues with the New York Mets.

“Nobody wants to think about the end of their career,” Campbell conceded recently. “Even now, I still would like to think I have three more years left in me. I always wanted to play until I’m 35, but I know a lot of that is out of my control.”

Campbell is expected to be in the lineup Monday and Tuesday as the Aviators conclude a five-game Pacific Coast League series against the Albuquerque Isotopes at Las Vegas Ballpark.

As he mulls his future, Campbell is not sure if he’ll try his hand as a manager or coach — or whether he’d even want to.

Still, having 12 years in professional baseball — including a stint in Japan — he has found one area of the game he’d consider: minor league instructor.

“I really like working with guys, so I think I’ve developed and learned a lot of knowledge from a lot of good baseball minds,” he said. “Even already I’m trying to help some guys out. It’s just something I’d like to do because I had some players when I was young that really helped me out. So if I can do it for (Seth Brown) or (Sheldon) Neuse or anybody, I’m happy to do it.”

His current manager, Fran Riordan, likes the idea. But he also sees Campbell’s potential as a manager.

“I think he sees the game at a really high level, and he’s one of the guys I like to talk to before and after games about what he sees and how he assesses the game from a player’s standpoint at this point in his career,” Riordan said. “So, I think he’d be a fabulous manager one day, but I (also) think he’s got a lot of baseball left in him.”

Seeing how Campbell performs in the field and at the plate backs up Riordan’s lofty expectations.

“Just the way he plays the game,” he said. “He plays the game with obviously a lot of intensity, passion and he sees situations before they happen and he uses that to his advantage whether it’s to make plays on defense or sit on a pitch in a big spot.”

This is the second time in his career that Campbell has played in Las Vegas. He spent parts of four seasons (2013-16) with the then-51s as a member of the Mets organization.

Having played both at Cashman Field and first-year Las Vegas Ballpark, Campbell has noticed one prominent difference.

“The biggest thing for me playing in front of the fans here is there’s so many more people that come out to support us,” he said, “and it just makes it easier playing every night when there’s energy around.”

In his first year at Las Vegas Ballpark, he is batting .260 — his career average in more than 900 minor league games is .290 — with nine homers, his most since 2012, with the second half of the season still to come.

Those numbers could affect his future considerations. And he is one of six players on the Aviators roster age 30 or older.

“Sometimes I think I could be a baseball lifer, but a lot of it is out of your control,” he said. “Some of it has to do with whether people like you and respect you.”