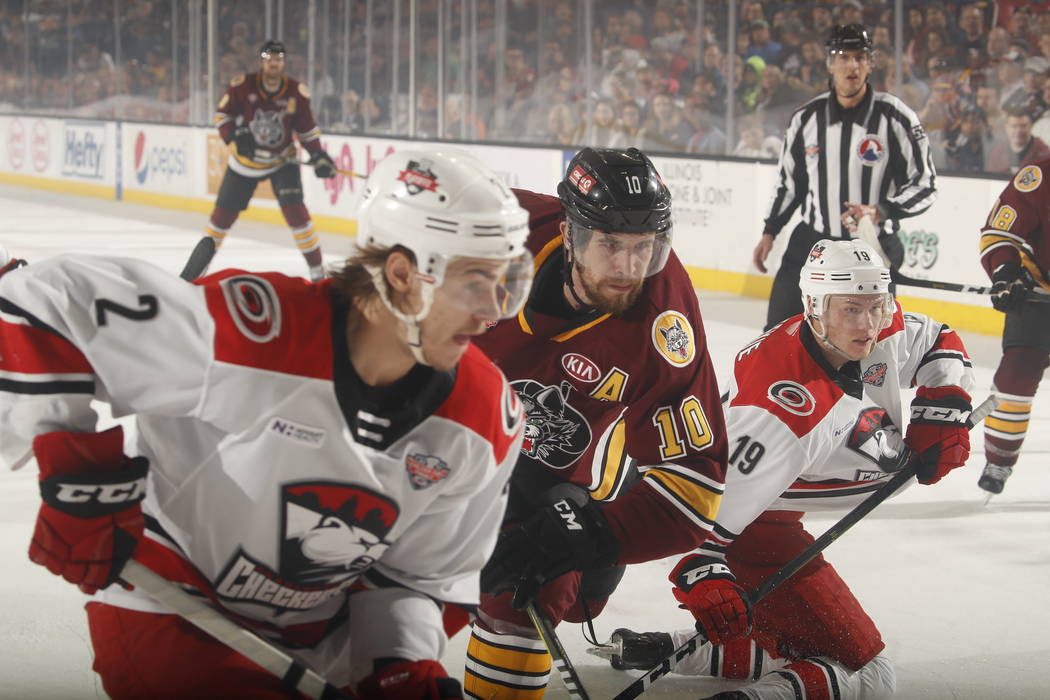 Chicago Wolves left wing Curtis McKenzie (10) is squeezed by Charlotte Checkers' Jake Bean (2) and Morgan Geekle (19) in the first period of Game 4 of the Calder Cup Final on Thursday, June 6, 2019, at Allstate Arena in Rosemont, Ill. (Chicago Wolves via Flickr)

The Charlotte Checkers held off the Chicago Wolves 5-3 in Game 5 to take home the Calder Cup on Saturday night. The Checkers won the American Hockey League’s championship series four games to one.

Trailing 3-1 with just over 5 minutes left in the third period, the Wolves, the top minor-league affiliate of the Vegas Golden Knights, closed the gap to 3-2 with 3:16 left. The Checkers answered on an empty-net goal to go up 4-2 with 1:47 left before Chicago again closed the gap to a single goal after Knights prospect Cody Glass scored with 38 seconds left. Charlotte clinched the victory with an empty net goal with 15 seconds remaining.

The Wolves were in the Calder Cup Final for the first time since 2008. They won the opener of this series 4-3 in overtime on the road June 1 before losing four straight.

The Checkers are the top farm team of the Carolina Hurricanes.