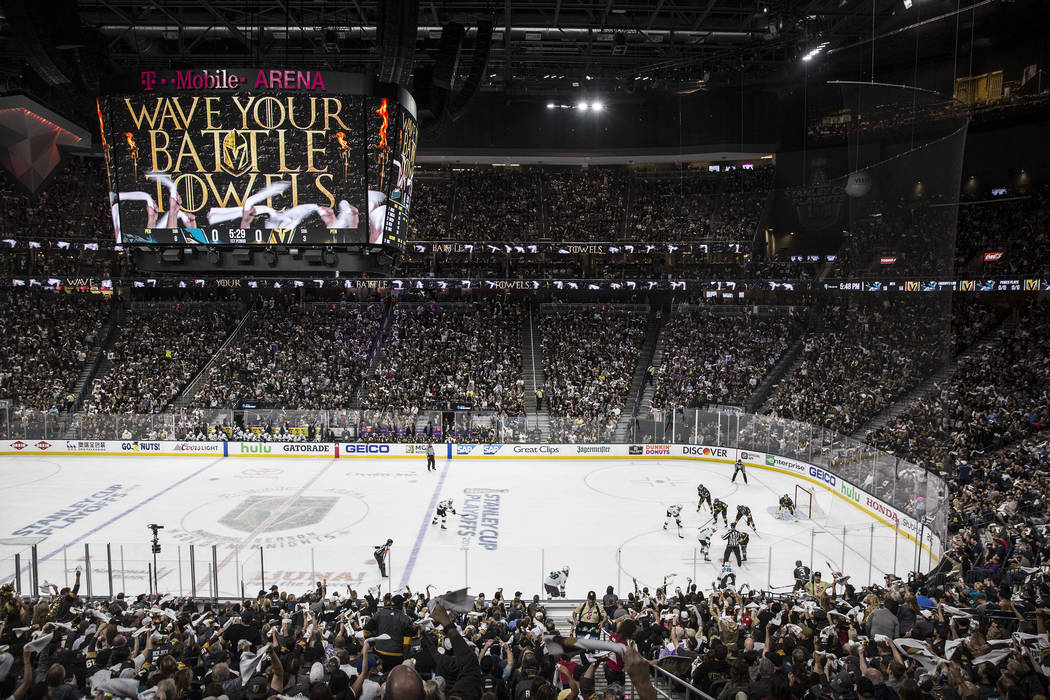 The Golden Knights line up to start game two of their second round playoff series against the San Jose Sharks on Saturday, April 28, 2018, at T-Mobile Arena, in Las Vegas. Benjamin Hager Las Vegas Review-Journal @benjaminhphoto 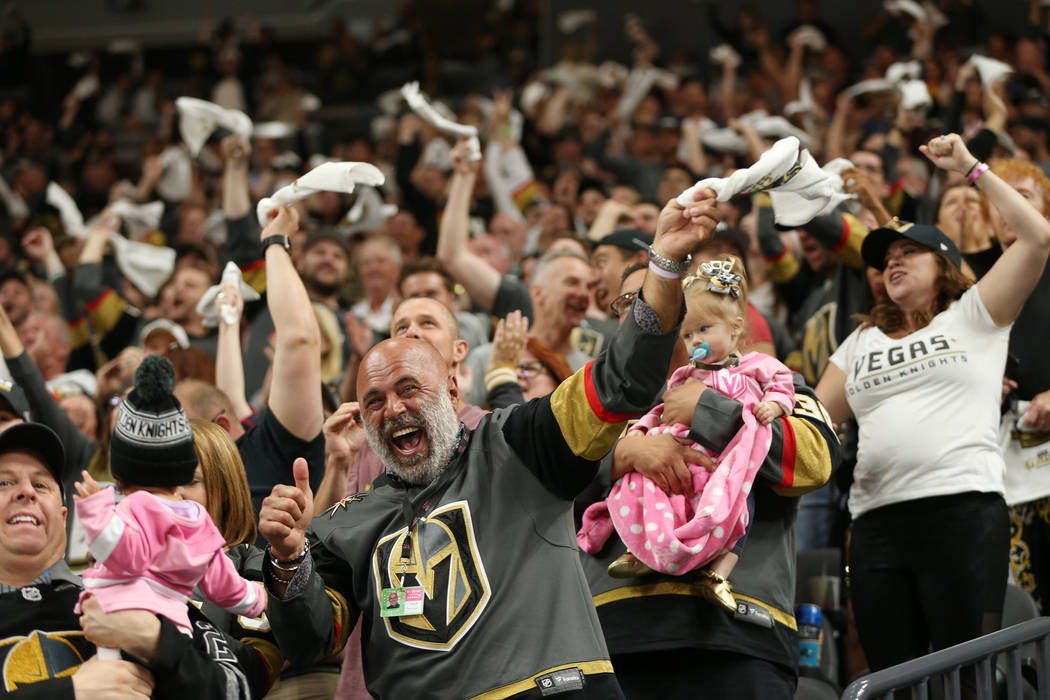 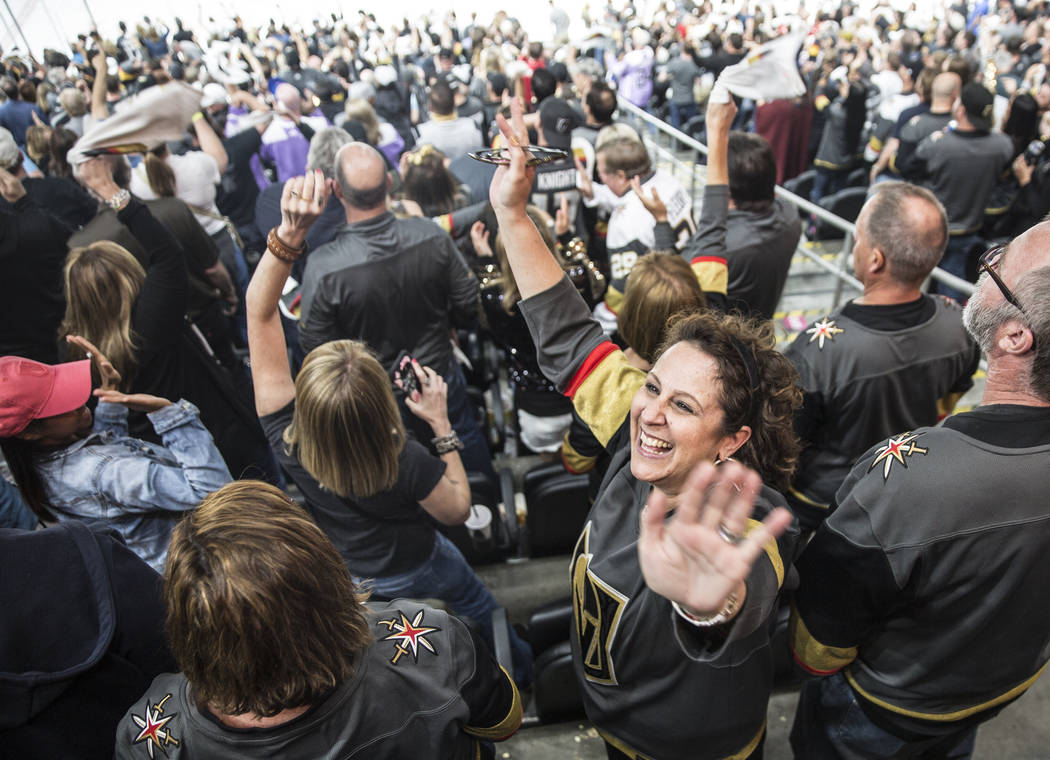 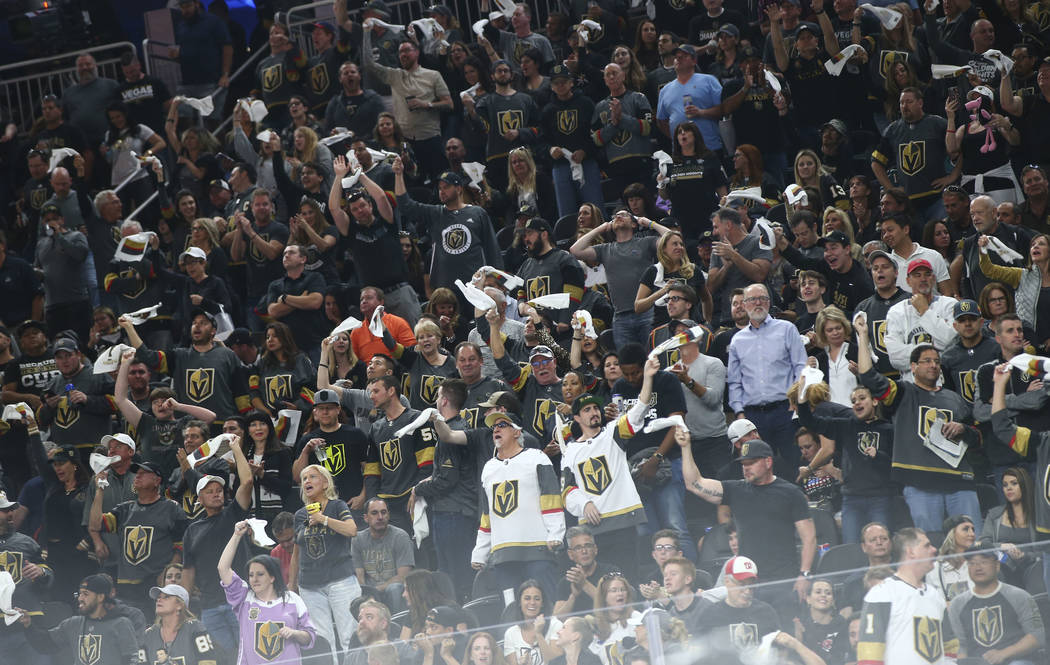 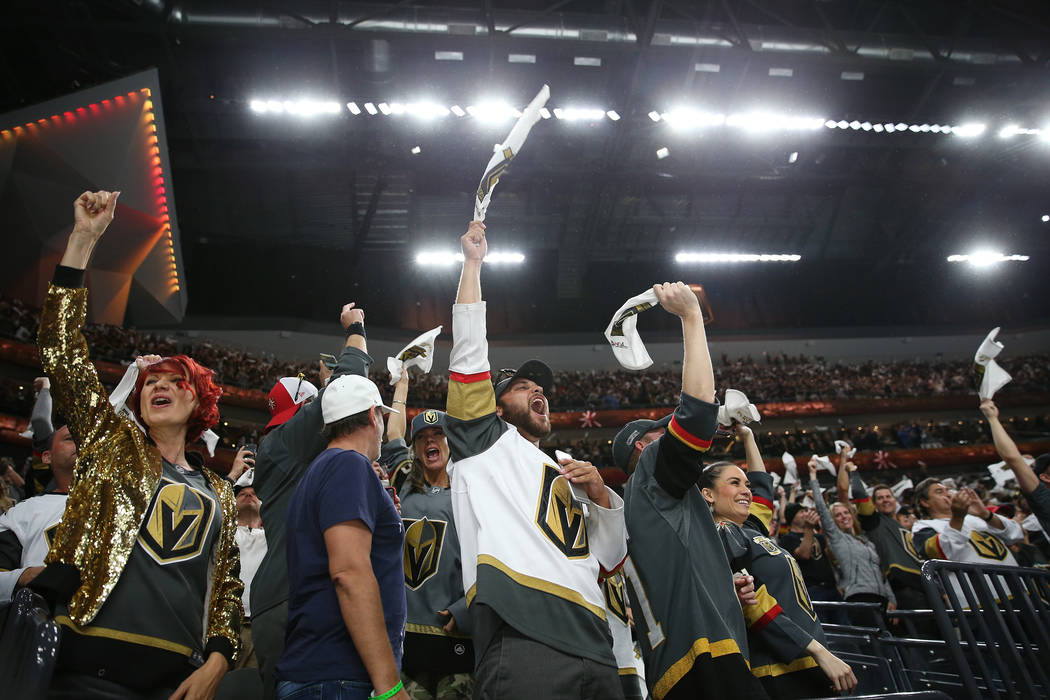 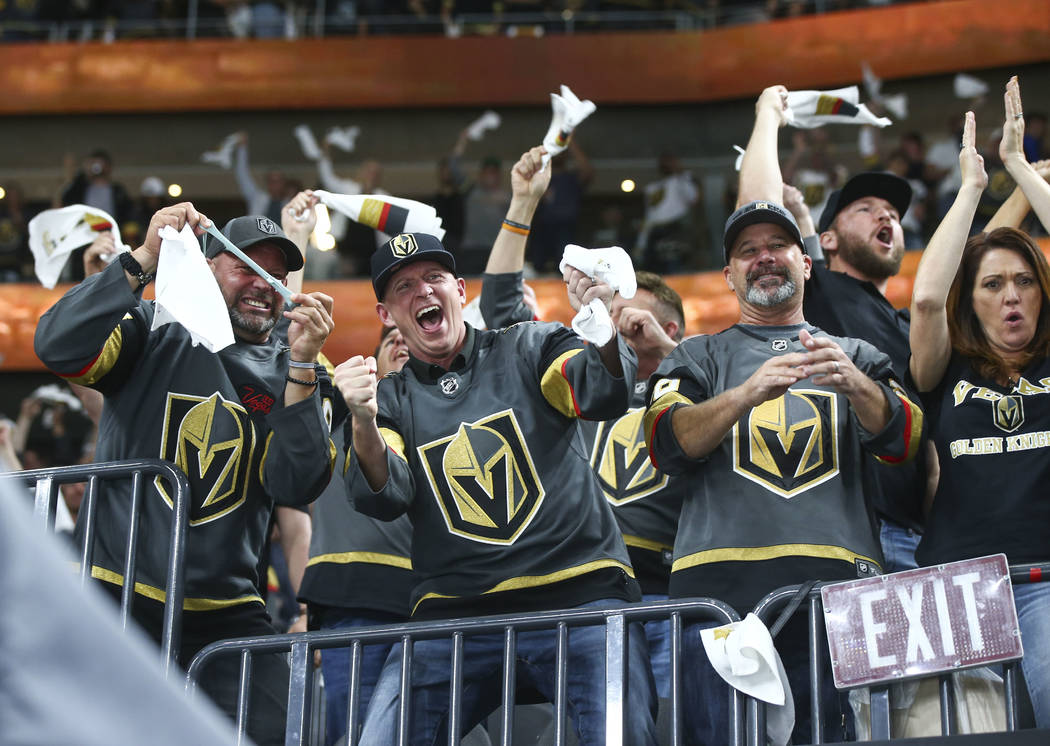 The Golden Knights, as hockey fans know, are a hot commodity.

According to one broker, the team’s tickets are the priciest in the NHL.

“Vegas is the most expensive city right now to go to the Stanley Cup playoffs,” said Ken Solky, owner of LasVegasTickets.com and a vice president with the National Association of Ticket Brokers.

On average, it can cost more than twice as much to get tickets on resale sites for games at T-Mobile Arena this round of the playoffs than for games at SAP Center, home of the San Jose Sharks, the Knights’ opponent, industry pros say.

On Vivid Seats, the average sales price for Game 5 at T-Mobile on Friday is $328, compared with $153 for Game 6 at SAP on Sunday, said Stephen Spiewak, the company’s digital content marketing manager.

And on StubHub, a dominant resale site, the Knights were the top-selling NHL team during the regular season and are the best-selling in the postseason, said Cameron Papp, StubHub communications manager.

Usually the Original Six teams, such as the Toronto Maple Leafs and New York Rangers, draw the most demand for tickets, Papp said. But how often can fans watch an expansion team make a run for the Stanley Cup?

“It’s really one of those novelty-type events that we don’t see too often,” or ever, Papp said.

NHL expansion teams can be among the worst in the league. But the Knights shattered the record for first-year victories, took the Pacific Division title, swept the Los Angeles Kings in the first round of the playoffs and are battling the Sharks in the second round, with the series tied 2-2.

And off the ice, business has been booming for the Knights, with soaring ticket prices and league-leading merchandise sales.

We will find out if Knights mania stays at the same pace next season, especially if the team gets bounced from the playoffs or has a weak start to the year. But for now, the team’s extraordinary run into the postseason means you have to peel off hundreds of dollars or more to watch a game at T-Mobile.

More than 1,700 tickets to Game 5 were listed on StubHub as of Thursday afternoon, a figure that Solky, of LasVegasTickets.com, said was “on the high side of average” for NHL teams.

Ticket holders, it seems, are trying to cash in amid big prices and strong demand.

Meanwhile, the Knights have taken steps to limit the resale market for their tickets.

Season ticket holders were able to secure better discounts on playoff seats if they stuck with the “Knights Vow” to not sell their tickets on StubHub. Also, the team says on its website that single-game ticket “resale and transfer abilities will be disabled” this round.

Efforts to interview a Knights representative for this story were unsuccessful.

“It’s not completely new, but it’s probably new to the NHL,” he said.