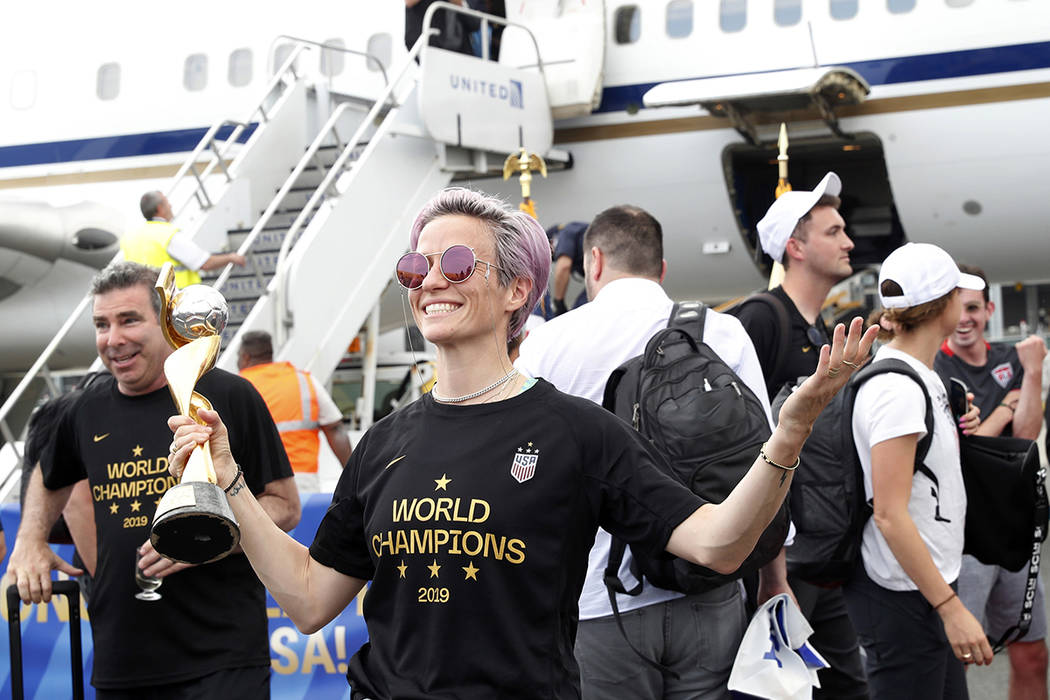 WASHINGTON — Senate Democratic Leader Chuck Schumer says Megan Rapinoe has accepted an invitation for the U.S. women’s soccer team to celebrate its World Cup victory with a visit to Congress.

The New York senator said Tuesday he looks forward to scheduling a time when “these inspiring women can come to the nation’s capital.”

The team co-captain has said she’s not interested in celebrating at the White House. It’s unclear if the winning team would be invited by President Donald Trump to visit.