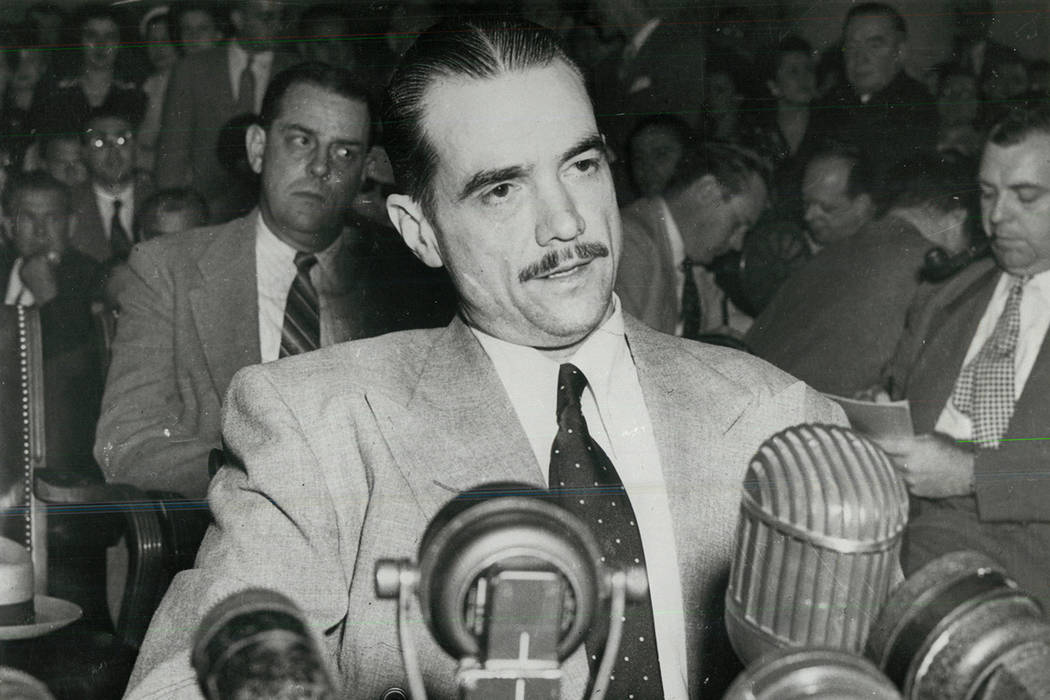 Howard Hughes is seen in an undated photo. 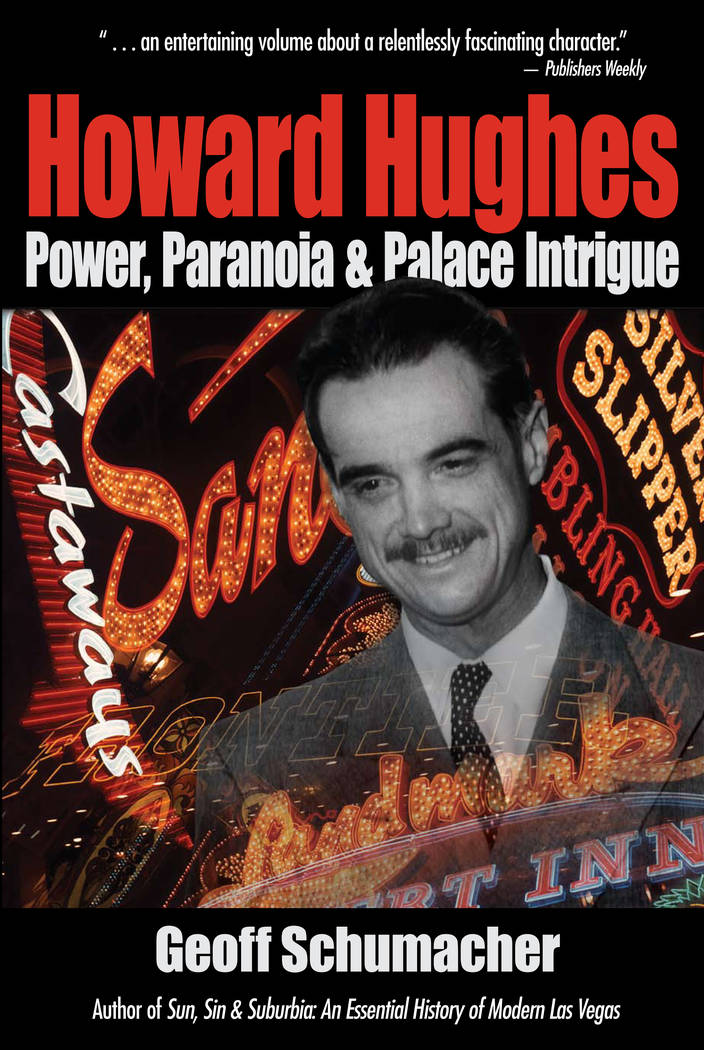 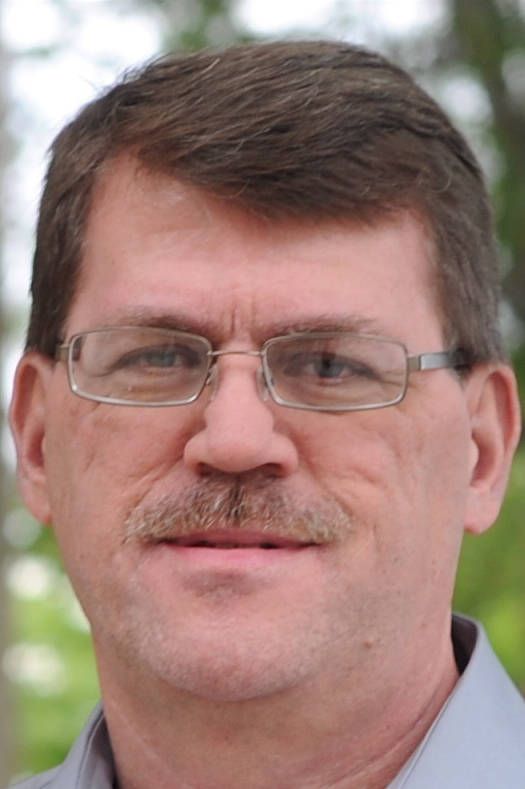 But now author Geoff Schumacher has dug up some new and insightful stuff about the grand old eccentric, all of which will be included in a revised edition of his book when it becomes available next spring.

“Howard Hughes: Power, Paranoia & Palace Intrigue” was first published in 2008 by Stephens Press, which no longer exists. But the revised manuscript for the book will now be published by University of Nevada Press and will be more revealing as it delves deeper into uncovering the veil of secrecy that has shrouded the life of the legendary Hughes.

Schumacher had been a journalist in Las Vegas for 25 years, during which he was a columnist for the Review-Journal. He joined the Mob Museum at 300 Stewart Ave. five years ago and is the senior director of content for the museum. In that capacity he acquires artifacts, develops public and educational programs, and serves as a historical source for local, national and international media outlets.

As for his book, think about this for a moment: There would be no Downtown Summerlin; no Las Vegas Ballpark; no City National Arena; no residential area that has grown into one of the most elite master-planned communities in America. More to the point, there would be no Summerlin were it not for the daring enterprise and vision of Hughes, whose influence contributed so much to Las Vegas during the short time he lived here.

Hughes died in 1976 at the age of 70. But during the four years or so that he actually lived in Las Vegas, and irrespective of his mysterious ways, Hughes was sound enough of mind to know a good deal when it stared him in the face. And that’s how it was that he paid the U.S. Department of Interior less than $3 an acre back in the 1950s for the 25,000-plus acres of desert that he named Husite, but which was later renamed Summerlin, the maiden name of his grandmother.

“I’ve added five chapters to the book, and I revised other chapters to give readers more of a well-rounded portrait of Howard Hughes,” said Schumacher in explaining his reasons for expanding upon the Hughes story.

One of the additional chapters will take a deeper look into some of the intrigues of the Hughes Aircraft Co. Schumacher revealed that another chapter will deal with the story of the “Hughes Glomar Explorer” — a giant secret perpetuated by the CIA about a gigantic ship built supposedly to retrieve a sunken Russian nuclear submarine from the bottom of the Pacific Ocean. Whether hoax or real, it will make for interesting reading.

True Howard Hughes aficionados know that he produced several movie classics. They know that he was an aviator who flew some of the most incredulous airplanes, a few of which he alone designed. They know about his passion for casinos, which brought him to Las Vegas. They also know about his many oddities and phobias.

Schumacher’s excellent venture into the world of Howard Hughes is one of two definitive books he has written relating to Las Vegas. The first — “Sun, Sin & Suburbia: An Essential History of Modern Las Vegas” — was published in 2004. It also is being updated.

As Schumacher explained, “both books have been revised to take into account the fantastic development of Downtown Summerlin and what it means to all of Southern Nevada.”