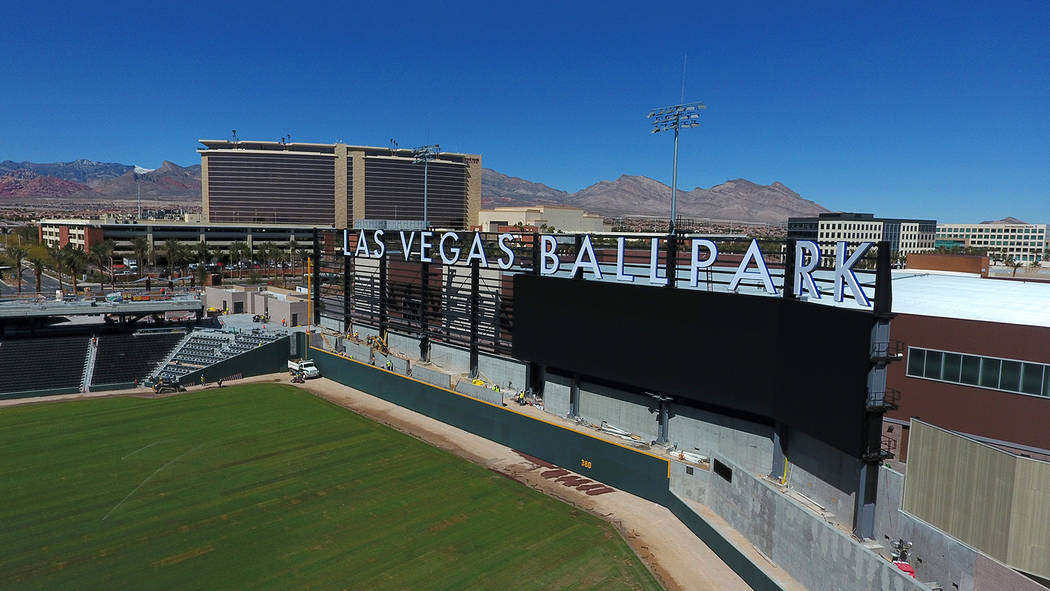 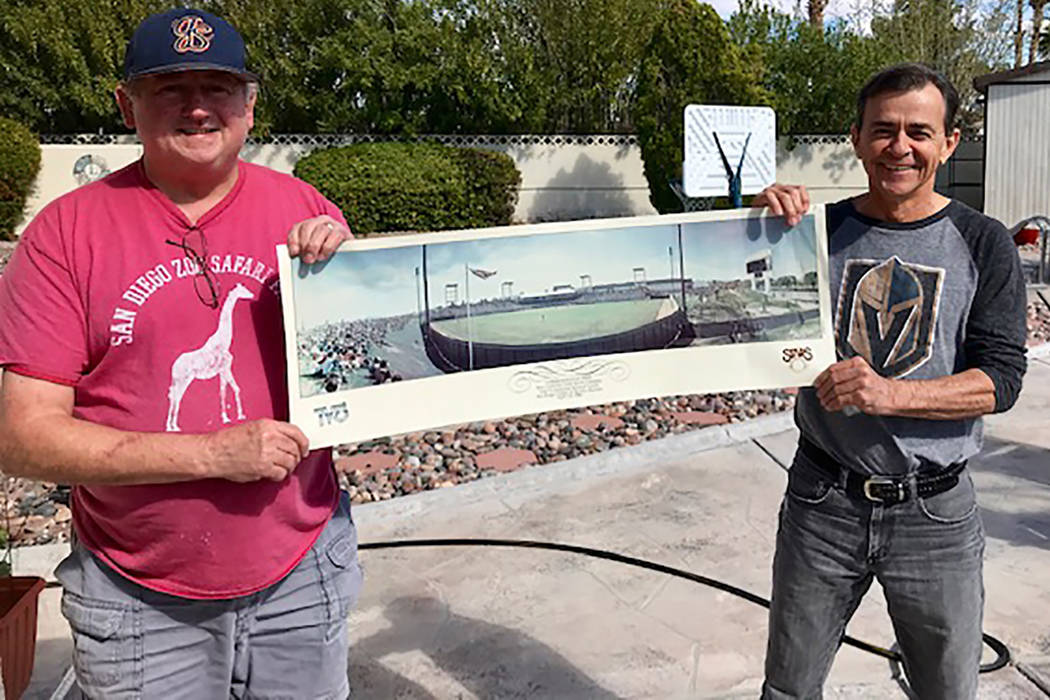 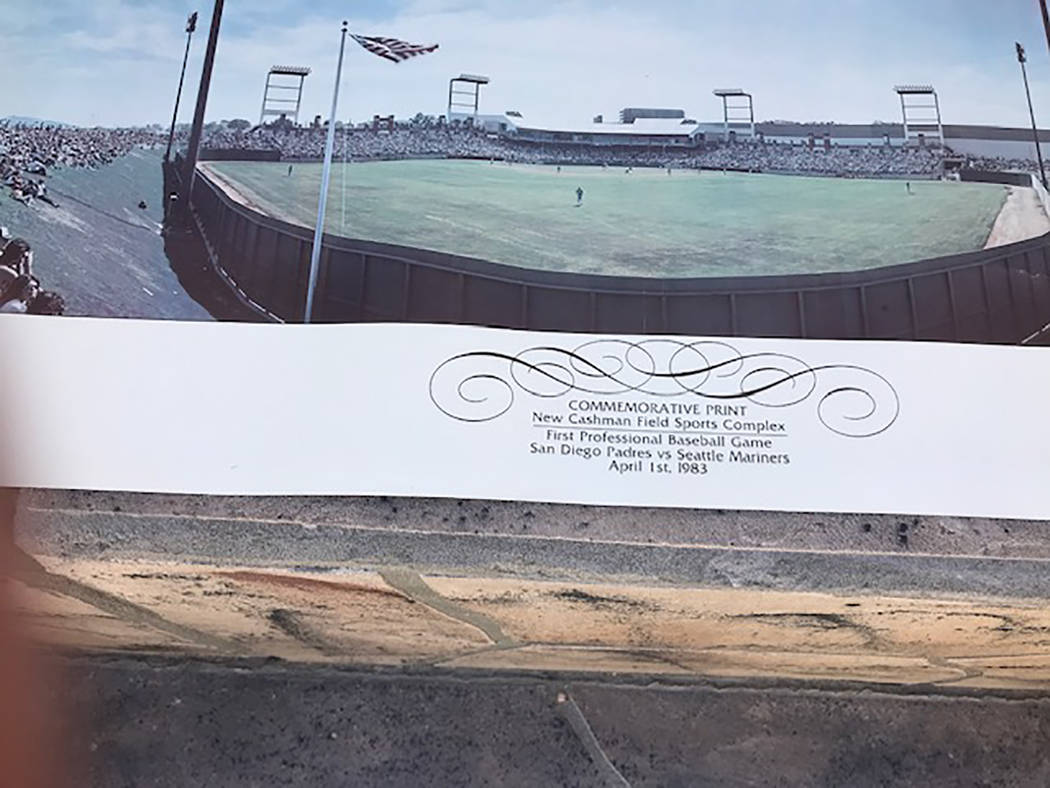 The commemorative print given to fans at the first baseball game in Cashman Field is seen up close. (Herb Jaffe) 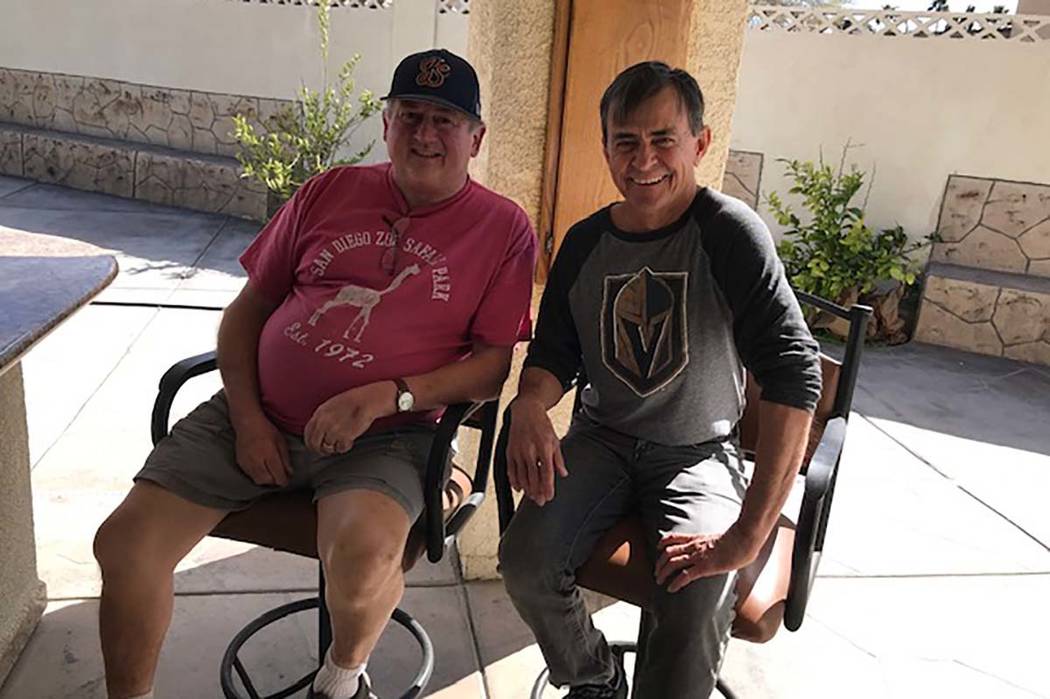 But it goes even deeper than that. Craig Lake was Rene LaComb’s best man when Rene married Debbie almost 30 years ago. And LaComb will be Lake’s best man when Craig and Susan tie the knot comeJune 1.

“We love baseball,” said LaComb. “Craig and I have followed this team, now known as the Las Vegas Aviators, since they first came here.”

“Oh, yeah,” Lake joined in. “I’d say that over the years we have gone to as many as 600 or more games at Cashman Field together, going way back to when the 51s first became a Las Vegas franchise. The team relocated here from Spokane. They were called the Stars at that time, and they were a San Diego Padres farm club.”

The two friends who characterized themselves as “baseball nuts” were there to watch the final game ever played under the name Las Vegas 51s last Labor Day, when the 51s beat the Sacramento River Cats, 4-3. “And we’re looking forward to opening day when Sacramento comes back to Las Vegas, but only this time it’ll be against the Aviators,” Lake added.

If that’s not enough, they’re avid UNLV Rebels baseball fans, and they get to Los Angeles often to watch the Dodgers.

But getting back to that first game at Cashman Field, it did not include Las Vegas of the Pacific Coast League. Instead, the first game ever played in Cashman Field was an exhibition that involved two major league teams — the Padres against the Seattle Mariners. “And the game ended in a 1-1 tie after 11 innings,” Lake recalled.

LaComb rolled out a near-mint-condition commemorative banner that depicts the old stadium, which was then opened for its maiden game. Copies of the print were given to everyone who attended.

“The place was unbelievably jammed that day. It turned out to be the biggest crowd ever at Cashman; about 14,000 were there,” LaComb explained. His estimate was close enough. There were 13,878 in attendance. The banner reads: “Commemorative print. New Cashman Field Sports Complex. First professional baseball game — San Diego Padres vs. Seattle Mariners, April 1st, 1983.”

Lake added, “Rene and I were also there a week or so later for the first Stars game.” That occurred April 10, and Las Vegas beat Salt Lake City, 11-8. Over the years, LaComb and Lake have taken turns buying season tickets to assure themselves of having the best seats available.

“I bought the season tickets for the new ballpark,” Lake said. “But it almost turned into a disaster,” he laughed, explaining:

“I wanted to make sure that I’d get season tickets for this year, so I bought six season tickets for the team’s last year at Cashman, as sort of a guarantee. Well, somehow my ticket agent forgot me. But Erik (Aviators vice president of ticket sales Erik Eisenberg) promised to take care of me, and he did.

“No problem. I ended up with eight season tickets in one of those beautiful suites. We’ll be sharing the suite with eight other people for the next five years,” Lake said.